The assisted dying law could do more harm than good

Many health professionals are not comfortable with the implications of assisted dying. Neil Grant warns legislators to be cautious when considering the bill 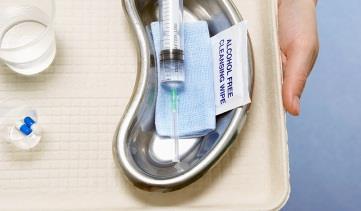 If enacted, the Assisted Dying Bill would give doctors the ability to prescribe a lethal dose of medication to patients deemed to have less than six months to live.

The bill contains a number of safeguards designed to prevent abuse of the system.

The major ones are:

Assisted dying laws around the world

The bill is based largely on a law in Oregon: the Death with Dignity Act 1997, which allows terminally ill patients with less than six months to live deemed mentally competent to request a prescription for life ending medication.

While Lord Falconer’s Assisted Dying Bill is based largely on this act, Oregon is not the only place in the world with this type of law. Indeed, there are a number of countries worldwide with laws that permit assisted dying.

The bill is currently in the early stages of progression through the House of Lords, having only received its second reading on 18 July.

The second reading lasted nearly ten hours and saw opinions of the bill divided opinion in the House of Lords.

Many individuals who presented themselves as being “against” assisted dying agreed with the fundamental nature of the bill, but believed that the present safeguards were vague and inadequate.

These speakers believed the bill should progress but not in its present format, and major alterations needed to be made in order for them to approve it.

The assisted dying bill, having passed its second reading, will now go to a parliamentary committee which will analyse it in great detail and propose changes to the core structure and foundation of the bill.

Arguments for and against

Those is favour of the bill argue that:

However, those opposed argue that:

In its present state, the bill would likely do more harm than good.

The argument citing that death is an individual’s “personal choice” is, on the surface, a compelling one: surely as free citizens in a liberal democracy, everybody should be able to choose to end their lives?

‘When dealing with matters as final as death, it is better to err on the side of caution’

However, this argument falls flat when one considers the weak safeguards of the bill.

If a patient is not of sound mental condition, which is often very difficult to detect, then arguably their choice to die has been influenced by their condition, and is not that of a rational mind.

Also, in its current form the bill places a huge amount of pressure on doctors and medical professionals to accurately gauge a number of nebulous factors including the patient’s mental capacity and whether they are being coerced. If the doctor fails to accurately assess these factors, the patient in question will die.

The finality of death

It is important to stress the finality of death: the medical professional makes a mistake, it will likely be too late to rectify it.

The fact that the majority of healthcare professionals are vehemently opposed to the bill shows how uncomfortable doctors are at the possibility of becoming “killers”.

The lack of court involvement in the bills present also indicates that doctors are vulnerable, as they will be the only individuals involved in the death of the patient.

‘While 70-80 per cent of the public might support the bill, they will largely not be the ones administering a lethal dose’

Although Lord Falconer has admitted that the inclusion of courts will be considered at committee stage, the present incarnation of the bill solely focuses on doctors being the one’s involved in the process of assisted death.

Whilst the bill is still in its early stages, and significant changes will be made at committee stage, it will arguably be impossible to introduce strong enough safeguards to ward off unwanted deaths.

Doctors simply do not have the capability to evaluate the variety of vague factors currently stated in the process of assisted death, which leaves the system vulnerable to mistakes and abuse.

It is, on the whole, safer to avoid such a risky area of the law – especially when the proposed bill has such trivial methods of avoiding abuse.