The new CQC armoury is falling into place

The CQC has postponed the introduction of fundamental standards until 2015. However, Neil Grant highlights that there are still regulations that providers need to prepare for this year 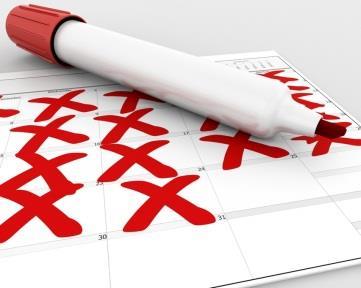 Earlier in July, the regulations setting out the fundamental standards for health and social care providers, the Health and Social Care Act 2008 (Regulated Activities) Regulations 2014, were laid before Parliament.

The Department of Health consulted on a draft set of the standards back in January. At that stage, DH was saying that the fundamental standards would be introduced from October. The commencement date has now changed. Subject to parliamentary approval, they will be coming in from April 2015.

However, two provisions will be coming into force from October as far as the NHS is concerned:

The scope of the notification duty has been widened to cover not only safety incidents that appear to have resulted in death or harm (severe, moderate of prolonged psychological harm) but where they could result in death or such harm.

The DH has confirmed that the CQC’s new inspection methodology and ratings will be introduced in October. This will mean that for the first six months of ratings, the CQC will continue to apply the current regulations and essential standards.

‘The CQC has much to do over the next few months’

The CQC just issued a consultation on new guidance to support providers in complying with the fundamental standards which runs until 17 October 2014.

There is also a separate CQC consultation on the new duty of candour and fit and proper person test for directors or their equivalents in relation to the NHS which runs until 5 September 2014. CQC is also consulting on its new enforcement policy which will come in from April 2015. A further exploration of these consultations will appear on the Insight and Influence channel in the coming weeks.

We are waiting to hear back from the CQC on its April 2014 consultation on the various provider handbooks. That consultation covered the CQC’s new inspection methodology and ratings system.

Given that these aspects of the new regulatory system will be introduced from October, we should expect to see the final versions of the provider handbooks before then. In particular, it is hoped that the handbooks will set out in clear terms how the CQC will go about rating hospitals as some of the draft versions were vague in the extreme.

The final published version of the fundamental standards is very different from the previous draft.

First, the wording of the standards is more precise which is laudable.

Second, the number of fundamental standards that give rise to offences if they are not complied with has also been reduced significantly. For example, the regulations on person centred care, dignity and respect, premises and equipment, staffing and fit and proper persons employed by a provider do not give rise to offences in the event of non-compliance, although they must still be complied with as registration requirements.

The one regulation in its entirety that gives rise to an unqualified offence if breached is the need for consent, which, as applicable, includes compliance with the Mental Capacity Act 2005 and Part 4 or 4A of the Mental Health Act 1983. The CQC is focusing on mental health compliance to these acts through its inspections and we can expect more enforcement in this area.

‘As alternatives to prosecution, we can also expect a rise in fixed penalty notices and cautions’

Significantly, thematic reviews are planned for end of life care and do not attempt resuscitation decision making which will involve, no doubt, careful scrutiny of compliance with this consent provision.

The regulations on safe care and treatment, safeguarding, and nutrition and hydration give rise to offences if breached but only if such failure results in avoidable physical or psychological harm to a service user, or a service user being exposed to a significant risk of such harm occurring.

The big change from next April in terms of enforcement will be the ability of the CQC to prosecute providers in relation to these offences directly without having to serve a warning notice first. That is likely to lead to an increase in prosecutions by the CQC leading to convictions and fines.

As an immediate priority, NHS providers will need to focus on getting the right systems in place to ensure compliance with the statutory duty of candour and fit and proper person test coming in from October. In particular, the widening of the scope of notifiable safety incidents will add an additional burden to providers in relation to the duty of candour.

As a matter of urgency providers should familiarise themselves with the CQC consultation on these two new requirements.

Neil Grant is a partner at Ridouts LLP