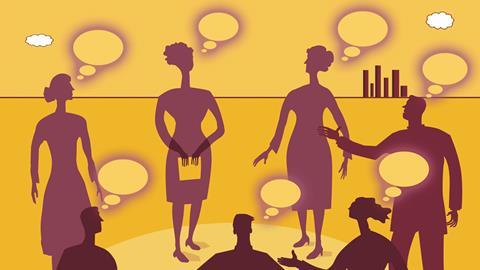 Integration of health and social care – working and not working?

Integration is looking less and less like a panacea and more of a long term vision, writes Ashley McDougall

Integration of health and social care has been a longstanding policy objective. But does it work? We looked at both the evidence base and the performance of the £5.3 billion Better Care Fund in its first year, 2015-16.

First, a word about Integration “working”: integration is done for a purpose – to ensure that people receive better and more integrated care and support. This should improve the cost effectiveness of services, save money and improve outcomes for patients.

To consider the evidence base first. Although it seems obvious that joining up services, reducing duplication and smoothing pathways should lead to savings, there is no compelling evidence to show that integration in England leads to sustainable financial savings or reduced hospital activity.

This is based on serious independent evaluations of the outcome of integration initiatives.

More than that, the Department of Health has not yet established a robust evidence base to show that integration leads to better outcomes for patients.

Now this is all more than a bit surprising. Perhaps the work under the Better Care Fund would show integration could deliver for patients and organisations?

The first thing to note is that the fund came far short of its savings target of £511 million for 2015-16. Although actual savings were not quantified, we have been able to compare planned savings for reducing emergency admissions and reducing delayed transfers of care.

Planned savings for these two elements were £261 million. In practice, the increased activity cost £457 million more than the planned savings. In both cases there were increases of activity, rather than reductions so the goal of reducing hospital activity was missed.

There were, however, some improved outcomes for patients. Local areas exceeded the targets to reduce the permanent admission of older people to residential and nursing homes and to increase the number of people still at home 91 days after discharge from hospital into reablement or rehabilitation services.

Almost all the “enablers” for better integrated working such as shared use of NHS number, support of adult social care and joint assessments increased in 2015-16, compared to 2014-15.

There is, however, no doubt that the Better Care Fund increased joint working and was well received in the health and social care sectors. Some 90 per cent of local areas agreed or strongly agreed that the delivery of the Better Care Fund plans had a positive impact on integration locally.

Seventy six per cent of local areas agreed or strongly agreed that implementation of a pooled budget had led to more joined up health and social care provision. This was backed up by increased financial commitment to the fund.

Leaders of health and care organisations in Northumberland told us that their success in integrating services was the result of more than 25 years of effort, dating even from before they created a care trust in 2002

Nationally, local areas committed 39 per cent and 49 per cent more than the minimum to the pooled budgets in 2015-16 and 2016-17 respectively. This represents a positive endorsement of the fund by local areas.

So the parson’s egg that is the Better Care Fund seems to suggest that increased integration though greater pooling of budgets and better joint working does not have the expected impact on reducing hospital activity. It does of course support adult social care as the bulk of the Better Care Fund is a transfer from clinical commissioning groups to the pooled budget but it is hard to see how that has an impact on hospitals.

Now this is not to take a hospital centric view of the world but they are the most expensive parts of the system.

If the Better Care Fund will not deliver the benefits required from integration what will? I would not be so quick to write off the fund as change takes time. Leaders of health and care organisations in Northumberland told us that their success in integrating services was the result of more than 25 years of effort, dating even from before they created a care trust in 2002.

Similarly, the early evaluation of the Integration Pioneers said it was too soon to find measurable impacts, and they started in 2013.

NHS England also has the new care models. While these have promise they are as yet unproven in England.

Against that background a Year 1 target of savings and demand reduction looks optimistic.

So what next for the fund? We still await the 2017-19 guidance but the Departments have dropped the requirement for a separate plan by April 2017 setting out plans for integration by 2020.

Significant additional money is coming for the fund in 2018-19 but will the focus have moved on to new care models and NHS financial balance by then? Not to mention the struggles of adult social care. Integration is looking less and less like a panacea and more of a long term vision.

Ashley McDougall is a director at the National Audit Office