Two trusts have challenged a local authority’s decision to award a children’s services contract worth up to £104m to Virgin Care. 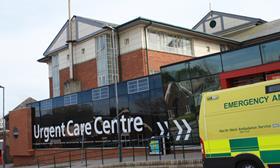 The decision has been challenged by Lancashire Care Foundation Trust and Blackpool Teaching Hospitals FT. The challenge means the formal awarding of the contract is suspended by several months.

Last week, the Technology and Construction Court, which deals with challenges after procurements, dismissed the council’s application to lift the automatic suspension.

The case will go before the court again later this spring.

Neither the trusts nor the council would say what the grounds are for the challenge.

Both trusts are current providers of the services across Lancashire and will continue to deliver them in the interim.

They submitted a joint bid for the new contract, which is for three years with the potential for a two year extension.

The contract comprises four lots but the “public health nursing service” is by far the biggest – with an estimated value of £104m over five years.

The trusts submitted their bid for this lot. According to the Lancashire Post, the trusts were “pipped by the narrowest of margins” by Virgin.

The union Unite has called on the council to “urgently reconsider its decision”.

Colenzo Jarrett-Thorpe, national health officer at Unite, said: “There will be concerns from health visitors about how much they will be required to compromise their professional code of practice to work for Virgin Care and the impact that will have on the quality of services for children and families in Lancashire.

“Given that the majority of expenditure goes on health workers’ wages, there must be serious worries that the way Virgin Care will maximise its profits will be by cutting the number of health visitors and school nurses. Unite will strongly oppose any such moves.”

Neither trust could comment further due to the ongoing legal process. Spokesmen for the council and Virgin Care both said it would be inappropriate to comment further.

However, Shaun Turner, the council’s cabinet member for health and wellbeing, said: “We are working with partners to make sure the service will continue during this period of legal challenge, and we will ensure we minimise disruption to this service until the contract is finalised.”

The company has indicated it will bid for a major children’s services contract in Devon this year.