NHS England’s Oliver Newbould explains why Derbyshire’s four CCGs have taken the decision to implement a joint executive team and he shares his views on the initial appointment of an accountable officer.

This Q&A is sponsored by The Finegreen Group, who are supporting the CCGs in the recruitment of this post. Read about the role here.

Oliver Newbould is the NHS England Locality Director for Nottinghamshire and North Derbyshire. He is part of the North Midlands DCO and is working with the four Derbyshire CCGs to support the integration of their commissioning functions and the appointment of a single Accountable Officer. 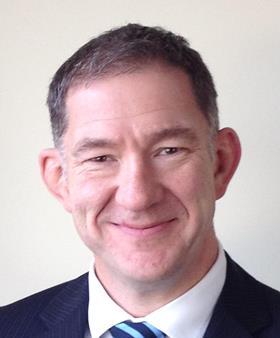 He was previously the Chief Officer of Nottingham West CCG, during which time he also led the contracting function on behalf of the four CCGs in south Nottingham. Prior to this, Oliver led the TCS programme in Nottinghamshire, and was Director of Strategy and Market Management at Leicester City PCT.

This is an outstanding opportunity to make a difference as a major player within the Derbyshire Sustainability and Transformation Partnership (STP) and in reshaping the way services are delivered to patients across Derbyshire. It is also a big challenge and we will require an exceptional individual who is able to meet the demands of such a role. The CCGs will be looking to recruit an experienced leader to create a strategic commissioning organisation that drives forward service transformation in the region.

Derbyshire is served by four CCGs with a combined population of just over 1 million residents and a combined commissioning spend of more than £1.5bn. It is a hugely diverse county which includes Derby city, rural villages of the Peak District, former coalfields of East Derbyshire and market towns such as Matlock and Ashbourne. This is something that is reflected in the diversity of its population.

Financial sustainability is the biggest challenge for the local health economy but recent efforts to turn this round are beginning to show positive results and the development of a single management team across all four CCGs will further support efforts to deliver change. The joint Accountable Officer will also benefit from the culture of partnership working in the local health and social care community which has begun a programme of reconfiguration in the north of the county.

Derbyshire is a lovely place to live and work, with glorious countryside, and easy access to Manchester, London and Nottingham. It is a 40 minute morning commute from the heart of the Peak District National Park to the North of the county. The South is home to Derby the county’s main city and can be accessed easily by both train and car.

The CCGs in Derbyshire began moving towards greater integration on their own initiative. Their sustainability and transformation plan was judged to be one of the most advanced in the region when it was submitted and the CCG clinical chairs and management teams have a long history of effective collaboration. The joint AO will build on this culture to create the cohesive strategic commissioner this community deserves, shaping the future of local healthcare in a way that delivers transformational service change across Derbyshire.

How will the role advance the candidate’s career?

This will be an opportunity for an ambitious leader to influence the delivery of services across a whole system and to move forward the county’s ambition to become an accountable care system. With plans to establish a joint executive team, the CCGs have already attracted national coverage. As a result this post not only presents an opportunity to enhance an individual’s reputation but to leave a lasting and positive legacy for the communities of Derbyshire.

Read more about the role here.