All routine blood tests by GPs in Leeds were cancelled on Wednesday and Thursday this week as a major IT system fault at Leeds Teaching Hospitals Trust entered its seventh day.

HSJ has also learned CCGs in Leeds are looking into sourcing alternative providers of pathology amid concerns the fault could last for several weeks. 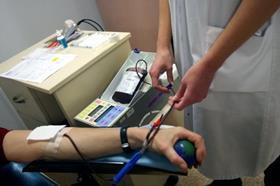 A GP in the city told HSJ the situation was a “potential primary care disaster” and said criticised poor communication from the trust and local commissioners about what the problem was and when it would be fixed.

HSJ reported earlier this week how the trust, which has declared a “critical” internal incident, has been forced to resort to hand delivering pathology test results to clinical teams who are then having to manually match the reports to patients.

Last Friday a hardware failure caused the collapse of the trust’s Telepath pathology system, which has remained offline despite efforts to recover it at the weekend.

GPs have been told to prioritise only those patients they believe will be clinically urgent in the next 24 hours and the results of any tests that are carried out will be returned in paper form.

The IT fault affecting Leeds’ pathology system is also affecting Bradford Teaching Hospitals Foundation Trust and has led to operations and appointments being cancelled to ensure safety.

On Wednesday, an email to all GP practices in the city from Leeds’ three clinical commissioning groups said: “All general practices are requested to cancel all routine blood tests booked in for today (21 September) and tomorrow (22 September).”

The letter said practices would be told by Leeds Teaching Hospitals whether any tests sent last Friday, when the fault occurred, are no longer suitable for testing so GPs can decide whether to recall patients for re-testing.

It added: “Recognising the significant long term impact this will have on general practice, we are trying to secure alternative providers of pathology for general practice. The CCGs have also started to work on how we can provide extra support to general practices to aid recovery. This will be shared with practices as soon as possible.”

The letter revealed the trust is holding twice daily meetings attended board members, clinicians, and managers, with representatives from both Leeds and Bradford.

“Clearly priority is being given to urgent testing based on clinical need, however the command team is acutely aware of the impact this is creating across all parts of the health and care system in both Leeds and Bradford.”

Local GPs have warned that the delays and cancellations, as well processing the backlog of tests yet to be carried out, will significantly increase their workload.

Richard Vautrey, deputy chair of the British Medical Association’s GP committee and a GP in Leeds, said: “I met the CCGs [on Wednesday] together with Leeds local medical committee colleagues to discuss this situation. We were assured that the CCGs and trust were doing all they could to rectify the situation as soon as practically possible. They were very aware of how serious this was.

“We stressed how serious an impact this would have on the day to day operation of practices and the care they are able to provide to their patients, and insisted that the CCGs take steps to support practices resolve the workload issues that will occur as a result of this

“They recognise the need to do this and we will work with them on the details.”

Kirsty Baldwin, a GP at the city’s Church View Surgery, said the issues could cause a “potential primary care disaster”, adding: “Who holds the clinical risk for pathology services when the commissioned service is broken?”

She added: “It has been a communication disaster. I don’t understand what the actual problem is or what is being done to fix it. There is a huge risk to patients without proper communication and a significant serious risk to morbidity and mortality.

“It has left me feeling very vulnerable.”

Leeds Teaching Hospitals Foundation Trust has been approached for comment.