A private provider has launched legal proceedings against eight NHS commissioners after losing a bid for a £82m children’s community services contract. 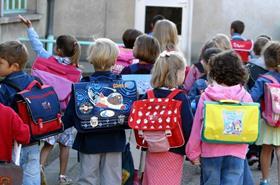 The children’s community services contract is worth £82m

The winning bidder is an alliance between Surrey and Borders Partnership Foundation Trust and two social enterprises, CSH Surrey and First Community Health.

A spokesman for Virgin Care Services told HSJ that concerns about “serious flaws in the procurement process” prompted the company to launch proceedings.

“Never before have we been so concerned with the whole process that we have needed to make a challenge of this nature,” the spokesman said.

He said the process “has led to an outcome that we strongly feel is not in the best interests of the children and families we support, or our valued colleagues.”

A spokeswoman from Guilford and Waverley CCG said that Virgin Care notified commissioners with regard to their concerns about the procurement process on 14 October 2016, just nine days after the contract was awarded to Surrey Healthy Children and Families Services Limited Liability Partnership.

The contract is due to start from 1 April 2017. The CCG said it was “not able to comment further regarding the on-going litigation” but said that “the commissioning organisations intend to defend the claim being brought by Virgin Care Services Limited.”

The Virgin Care spokesman said: “The commissioners have now signed a contract with the new provider and we are disappointed to be saying goodbye to our valued colleagues and the children and families we support.

“It is our job now to ensure we support a safe transfer on 1 April so the transition is as smooth and seamless as possible for all involved.”

However, Guildford and Waverley CCG’s Wellbeing and Health Scrutiny board said the complexity of commissioning and contracting arrangements has led to children and young people experiencing “service variation with differing access for families…a well as gaps in service provision and variation in waiting times.”