Do you have an innovation that works well at a local level but you feel could be rolled out across the NHS? If so, then you should put it forward for the Capgemini and HSJ Liberating Ideas Award. If it’s a winning idea we’ll give you all the support and expertise needed to turn your vision into reality 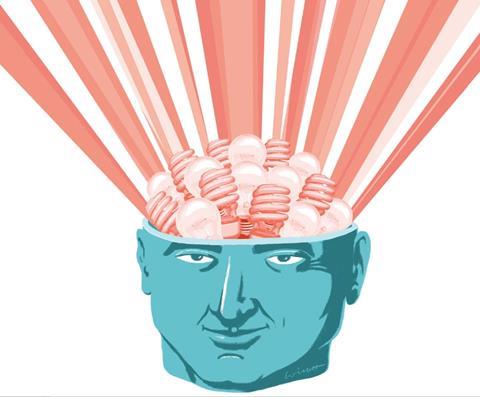 The Capgemini and HSJ Liberating Ideas Award: make your big idea shine out

The Capgemini and HSJ Liberating Ideas Award: make your big idea shine out

Something needs to be done to make it easier to spread good ideas in the NHS. If health spending continues to grow at its current rate it will outstrip GDP by the end of the century.

“We’ve got a system that is rapidly becoming unaffordable,” says Capgemini’s vice president of healthcare Brendan Farmer. “Unless the system finds ways to start adopting these ideas at scale and industrialises what we do, none of us will have the healthcare system needed when we require it.”

The need to industrialise ideas in the NHS is accentuated by the level of government debt and the focus on reducing public spending, but the challenge was always there even without these added pressures.

Capgemini has been involved in the innovation agenda for several years, in health and beyond. It supported the Department of Health in running the innovation work stream for the Darzi review and found there were many good ideas in the NHS but it was difficult for people to scale them up. In part that came down to the complexity of a large NHS and the culture of working independently as local health economies.

While the private sector borrows ideas and industrialises them as a badge of honour, the NHS often believes individual local markets are too different for one idea to apply elsewhere. But Mr Farmer says: “While local adaption is important, we often find that there are more things that are the same than are different.”

To submit your entry go to  www.hsj.co.uk/liberatingideas by 19 November

And energetic people with good ideas get worn down by hurdles such as data security or insufficient evidence that their idea will be a success. The result is that a diabetes consultant whose idea works in his hospital believes it could benefit other patients but can’t see how to get through the barriers.

“They get so overburdened by the series of rules and regulations that it’s far easier to retreat to the day job,” says Mr Farmer. “[The NHS] can be seen to be risk averse. In some areas such as safety and quality that’s absolutely right, but a one size fits all approach can stifle innovation.”

He argues that the NHS target for £15bn-£20bn of efficiency savings could largely be met if a proportion of the good ideas that already exist were propagated across the system. These are ideas which have been shown to improve patient experience, drive up quality and reduce costs and could be scaled up further to the wider NHS.

That’s why Capgemini and HSJ have joined forces to create the Liberating Ideas Award, which aims to identify innovative ideas that have already been adopted in one organisation and can be readily scaled by NHS organisations across the country.

Entries can come from commissioners, providers and other organisations that support frontline delivery. Winners will be selected in three categories - primary care, secondary care and prevention.

The three winners will attend a development workshop in which Capgemini’s accelerated solutions environment (ASE) approach will be used to help finalists hone their ideas and business plans. Capgemini’s ASE has been used extensively in health to drive real change.

“We’ll put together the environment, including the expertise, to help the winners take their ideas to the next level and scale across the NHS,” says Mr Farmer. “While we are finalising this expertise, expect recognised names from the DH, the NHS, as well as related sectors such as pharma, medical devices and private equity who will provide different perspectives but can also help unblock the system.”

As part of the day the winners’ propositions will be judged and an overall winner will be chosen. The overall winner will receive support from Capgemini to further refine their business plan so that adoption can be speeded up. The next step will be to secure sponsorship and/or financing from the NHS and/or external sources to accelerate the idea over the following year. The overall winner, announced in January 2011, will be invited to present their idea at the Innovation Expo in March 2011.

Mr Farmer stresses the competition is not for people who simply have a good idea. Eligibility rests on people having had a good idea, piloted it in their organisation, scaled it up to the next level and now want to scale it up even further. They will have taken the idea as far as possible within their own trust or community, be able to demonstrate the success achieved, but believe it could benefit the wider NHS and need help to make that happen.

“You’ve already taken this idea across your organisation, for example benefiting 1,000 patients,” says Mr Farmer. “These awards are about taking your idea quickly to one million patients, adding two or three noughts to the scale at which it’s been done to date, and then planning how to take it across the whole system.”

To submit your entry go to  www.hsj.co.uk/liberatingideas by 19 November