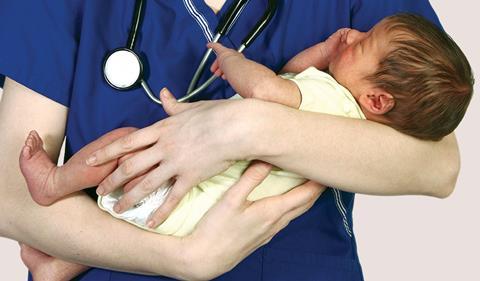 Last week, the Royal College of Midwives removed its guidance on promoting “normal” birth. That has been followed by an exchange of claims and counter claims in the press and in social media.

Either babies are being harmed by midwives recklessly pushing normal birth, or midwives are being unfairly castigated by those with an axe to grind. I’ve been dismayed, both by the unnecessarily personal tone of these exchanges, and by some of its content.

On the one hand, there have been claims by mainstream newspaper reporters of a widespread culture of pushing normal birth “at all costs” that is hazardous to women and babies. It is said that the resulting delay in intervening has caused the deaths of babies, and harm to others.

Many of these claims reference the Morecambe Bay investigation, which I chaired, and which was the source of the “at all costs” quote, said to the investigation panel by a midwife to describe what she and other midwives had been doing. Another midwife told us that they believed that they were doing the right thing by implementing national policy on childbirth as they understood it.

On the other hand, there have been claims that Morecambe Bay was a single, small, isolated unit. What happened there, it is said, was not happening elsewhere, and will not be replicated elsewhere in future. There are other risks to women and babies than perinatal loss, and the pejorative term ”obstetric violence” has re-emerged to be applied to those who seek to intervene to prevent harm.

The reality of variation

One thing about clinical practice is very clear. Wherever you look, there is variation, in standards of practice, in policies, and in how they are implemented. As a rule of thumb, there will be the usual bell shape curve, with some excellent units at the top, many good to middling to not quite so good in the middle, and some substandard units at the bottom.

Leading health professionals by definition tend to come from the high performing units at the top end of the distribution, and it is sometimes hard for them to appreciate how wide the spread of practice is and how poor it can sometimes get, but that is the reality.

There were other elements to the dysfunctional nature of the Morecambe Bay unit, most notably a breakdown of team working and a failure to investigate, learn and change practice when things went wrong. Is it possible that there are no other units in the country where some or all of these elements jeopardise good care? Of course not.

Although for good reasons they cannot usually be spotted statistically, there is plenty of confirmation that they exist. After speaking at many patient safety events across the country, I have often been told by staff that they experience some, or sometimes all, of the elements I have been describing.

More poignantly, there are too many accounts from bereaved relatives and others harmed to be able to dismiss them as a one off. One of those elements that crops up is the misunderstanding or misapplication of national guidance on promoting normal birth.

I can’t say for sure that the RCM’s previous advice contributed to this, but some of the messages, particularly about waiting and seeing and trusting intuition, had clear echoes in what we heard at Morecambe Bay. The change in position is welcome, and should not be undermined by optimistic and unlikely denial that such problems exist.

If we continue to bicker, those most harmed will be the women and babies we are all trying to help

We should continue to be explicit about the need for effective team work, explanation of risk, and looking and learning when something goes wrong.

Equally, however, there is no reason to suppose that in the majority of units, women are not being supported to make appropriate choices, including birth with minimal or no intervention. Current policy to extend the choices open to women more uniformly around the country is also welcome, and clearly aimed at improving the experience for many women.

We should not let this be jeopardised by exaggerated claims that imply wrongly that the majority of midwives are not implementing maternity policies sympathetically or objectively.

We can admit that there are some units that practise poor maternity care without the admission undermining the good practice of the majority, and we can continue to identify where improvement must be made without threatening the sensible implementation of beneficial policy.

If we continue to bicker, those most harmed will be the women and babies we are all trying to help.