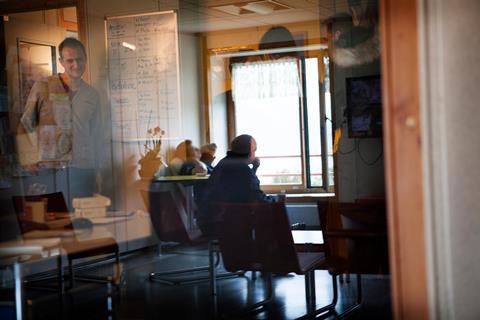 People who are sectioned deserve to be treated with respect and dignity and to be heard in decisions about their care. This is my strongly held opinion. But, more importantly, it’s the conclusion of the year-long review of the Mental Health Act 1983.

For those of us who have been calling for the three-decade-old legislation to be brought into the 21st century, the review was confirmation of what we hear week in, week out at Mind from people who have reached crisis point with their mental health.

We now need urgent action to improve the current state of affairs.

Let me paint a picture of the vicious cycle of poor crisis care that exists in too many areas in this country. Imagine you are among the 25 per cent of people who experience a mental health problem this year.

You seek help for that problem but long waiting times and overstretched services mean you don’t receive the support you need. Your mental health deteriorates. You reach crisis point, in your home or somewhere public.

At this point, you finally get the help you’ve been desperately asking for, but you are likely to have to endure being forcibly detained by the police and taken to hospital in a police car, leaving you feeling like a criminal. You might be subjected to physical restraint, seclusion or forced medication.

You’re not helped to get better and so your hospital stay drags on for weeks or months. Eventually, things improve a little for you. There’s someone else who urgently needs your hospital bed.

Four key things emerged that people want when they reach crisis: humanity, choice and control, a health service equipped to meet their needs and for their treatment to support them socially as well as medically

You’re sent home without warning but you know you need continued support. You’re told that services are too stretched. You begin the cycle again.

This situation might sound extreme, but it’s the reality thousands of people face at their lowest point. Mind’s crisis care inquiry heard first-hand from 350 people who had gone through this process, as well as their friends, family and NHS staff who supported them.

One of them said: “I needed a safe place – somewhere I could not seriously harm myself until I recovered emotionally. I also needed to feel that someone actually cared about me.”

Four key things emerged that people want when they reach crisis: humanity, choice and control, a health service equipped to meet their needs and for their treatment to support them socially as well as medically.

The review, along with the NHS long-term plan, provides a once in a generation opportunity to take a step towards these things and the kind of crisis care we would want for ourselves and our families. It included some really tangible recommendations, based on people’s experiences, including:

We wholeheartedly back these recommendations. But with Brexit dominating the media and Parliamentary debate, there is a risk they could be left gathering dust. This can’t be allowed to happen.

The government has welcomed the review and said it will implement two of the changes, but it must agree to all of them and improve people’s experiences right now, without waiting for legislation. We must not lose sight of existing promises to better serve those reaching a mental health crisis.

But support for the mental health of the population doesn’t begin and end with crisis response – far from it. The long-term plan is a chance to focus on preventing people reaching crisis point in the first place

In the Five Year Forward View for Mental Health, the government committed to reducing detentions – especially among black, Asian, minority and ethnic communities, offering 24/7 crisis response in all areas, creating larger crisis teams, and setting out a clear care pathway through the NHS for people in a mental health emergency.

All of this was promised to be delivered by 2020-21 and there is still a lot of work to be done. We will continue to hold the government to account on these commitments while pushing for changes in the law.

Ultimately, the measure of this country is how it treats those who are most in need of help in our society, when they are at their most vulnerable.

The NHS long-term plan includes strong promises for doing this well, including new mental health transport vehicles; alternative options for those in crisis like sanctuaries, safe havens and crisis cafes; and giving people with severe mental health problems more of a voice in their treatment.

But support for the mental health of the population doesn’t begin and end with crisis response – far from it. The long-term plan is a chance to focus on preventing people reaching crisis point in the first place.

The upcoming Spending Review also provides an opportunity, now, for the government to align all the levers at its disposal to improve the mental health of the nation.

We need to see a strategy which shows that the government will tackle the social issues often underlying poor mental health, like changes to the benefits system, poor quality housing, insecure employment, pressures in schools and a lack of social care.

Until we are helping people to avoid reaching crisis, and offering them the best possible care when they do, our work is not done.