Ministers and senior health leaders speak about record levels of spending on mental health but the experience of those on the frontline speaks a different truth, writes Wendy Burn 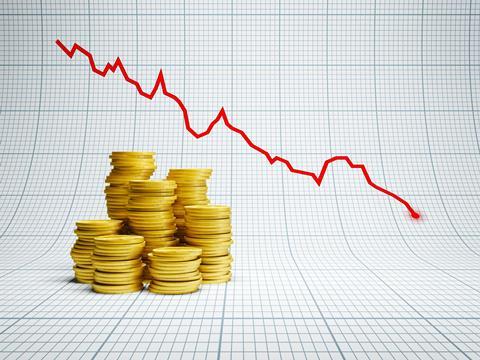 When it comes to NHS finances the truth is hard to find and in mental health – thanks to the fiendish complexity of the current system, it’s nigh on impossible. As a result, we each cling desperately to our own realities.

Politicians have their version of the truth, Jeremy Hunt and the prime minister say that spending on mental health is at record levels – although closer examination shows that for the purposes of this exercise – records began in 2013.

But the experience of those on the frontline in mental health trusts and foundation trusts and the patients they support, speaks to a very different truth. The direct experience of staff is that they are being asked to do more with less, while patients are asked to wait and sometimes, to make do with less.

That is not to deny the version of the truth presented by ministers and the leaders of the health arms length bodies. Our research clearly shows that trust income has been rising since 2014-15 as spending has gone up

Yet this truth is repeatedly shouted down and denied by ministers and senior health leaders in the highly politicised arena of NHS spending where big careers are on the line.

But this week, research published by the Royal College of Psychiatrists reveals that despite the spending increases trumpeted by politicians and health leaders, the income of mental health trusts and foundation trusts is less in real terms than it was five years ago in 2011 to 2012. This is a vindication of the experiences of the 180 thousand people who work in England’s mental health trusts and of patients and it should be welcomed by decision makers as such.

That is not to deny the version of the truth presented by ministers and the leaders of the health arms length bodies. Our research clearly shows that trust income has been rising since 2014-15 as spending has gone up.

What needs to be done

Two big questions that need to be addressed now are “why are there two versions of the truth?” and “how can we bring those differing realities together?”

Without the dashboard, the College, campaigners, and determined individuals including Labour’s Luciana Berger and the HSJ’s Joe Gammie, are forced to resort to freedom of information requests

For me the answers are simple. We need to ensure that every penny of the extra money allocated for mental health is spent on services to support mental ill health. To do that we need to be able to track the money to the frontline so that we can hold commissioners to account for how they allocate funding. The fact that we have no way of ensuring that tax payers’ money intended for mental health services is actually spent on them is a shocking state of affairs which must be remedied.

Easy to say – difficult to do. Back to the fiendish complexity of mental health provision which is a web of services provided by the voluntary and private sectors, in primary, secondary and tertiary care with funding coming through local authorities, clinical commissioning groups and NHS England.

Our recent research on trusts was the result of months of careful work collating and analysing data within annual reports and accounts to get an accurate picture of their income. Next, we hope to do research to separate out the community services so that we can get an even clearer picture of spend on mental health services.

It’s going to take determined leadership to cut through this tangle. NHS England has already made great strides.

The recently published planning guidance obliges individual CCGs to meet the Mental Health Investment Standard and together with the Mental Health Dashboard, these are incredibly important contributions towards achieving greater transparency and accountability.

I have to say that I am more than a little concerned that the latest version of the dashboard – which was due back in the autumn – has yet to be published. Without the dashboard, the College, campaigners, and determined individuals including Labour’s Luciana Berger and the HSJ’s Joe Gammie, are forced to resort to freedom of information requests. This cannot be right.

I am still serving on the frontline as an Old Age Consultant Psychiatrist, so the version of truth about funding seen by my colleagues in trusts is mine too. I’m proud that the College’s research has honoured that experience. It’s time for ministers and health leaders to acknowledge these opposing realities and exercise the political will required to reconcile them.