More than half of CCGs 'need to improve mental health services'

The national body has published rankings of CCGs based on the quality of mental health care for the first time, along with a new “dashboard” showing how each commissioner performs on a set of finance and performance measures. 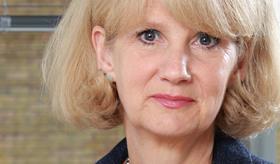 Claire Murdoch: ‘This has been a work in progress and it still is’

The controversial CCG improvement and assessment framework, published by NHS England, ranked 127 of the 209 CCGs as either “needs improvement” (106) or “greatest need for improvement” (21).

Only 13 commissioning groups managed to secure the rating of “top performing”, while 69 were judged to be “performing well”.

The new rankings published on the MyNHS site are based on how well CCGs perform against the early intervention in psychosis and improving access to psychological therapies targets.

She stressed that the data used to draw up the list came from January and March this year, so some CCGs will have already improved.

Ms Murdoch added: “This has been a work in progress and it still is.

“We know that CCGs have improved their performance and are moving forward.

“We hope together the [CCG ratings] and dashboard will be a means to help CCGs understand how they are benchmarked against others and shine a light on that.”

NHS England has also today published a mental health dashboard, which shows how commissioners fare against a set of finance and performance indicators including:

Ms Murdoch said the dashboard will show whether a promised £3.97bn investment in mental health was reaching frontline services.

She said NHS England will work with CCGs to drive up standards if they need improvement, but stressed the new information was meant to help the whole system.

Ms Murdoch said: “This is not just for mental health trusts or CCGs, this for the entire system to deliver more modern and effective treatment.

“The whole purpose of the dashboard is both to drive improvement and enable the public to hold us to account for delivering these improvements.

“Transparency is paramount. We are deadly serious about investment getting to the front line.”

Former Mental Health Network chief executive Stephen Dalton told HSJ in July that making sure the money pledged in the sector’s implementation plan reached the front line would be the acid test for the plans.

Under his proposal NHS England was due to employ the Ofsted style terms also employed by the Care Quality Commission, but this was dropped in favour of the less blunt termsafter opposition from CCGs and within NHS England, as HSJ revealed in July.

The dashboard will be updated every quarter starting from January, while the CCG ratings will be refreshed annually every June.