One in 10 CCGs missing spending target 'not good enough'

More than one in 10 clinical commissioning groups were forecasting they would miss the national mental health spending mandate for 2017-18, latest NHS England data shows.

The data, which was submitted by CCGs, shows the position at the end of the second quarter of 2017-18.

Eight CCGs are reporting their investment in mental health services will be cut in cash terms.

However, 85 per cent of CCGs were predicting they would successfully achieve the standard, with four commissioners increasing mental health spending by more than 10 per cent.

Ten CCGs planning to increase mental health spending the most

NHS England made meeting the standard by increasing mental health spending in line with overall programme allocation growth a national requirement for every CCG in the 2018-19 planning guidance.

In a letter sent this week to CCG and sustainability and transformation partnership leaders, Ms Murdoch said raising mental health spending was a “crucial enabler” of high quality care. 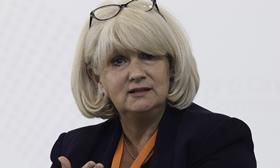 She said 15 per cent of CCGs failing to meet the standard was “not good enough” and warned that failure to increase investment would lead to intervention by NHS England.

She added: “This is a landmark moment for England’s mental health services. The requirement to increase mental health spending faster than overall growth in health spending is not only a crucial enabler of high quality patient care, but a demonstration of the NHS’s commitment to putting mental and physical health on a level footing.

“I also want to emphasise to you that regardless of pressures, meeting the [standard] is not an optional extra, but something we are deeply committed to and expect every CCG to achieve.

Ms Murdoch said her team will speak directly to finance and operations directors at CCGs struggling to meet the target.

She said: “Where our data analysis suggests that an individual CCG is not on track to meet the standard, their financial director and operations director will be called directly by a member of the mental health unit or myself, to seek assurances on local and regional plans to put this right.”

It is unclear what action the centre will take with CCGs that consistently fail to meet the standard.

He said: “It is hugely disappointing that some CCGs are choosing not to increase investment in mental health services, despite clear instruction from the government and NHS England to do so.

“We are already into the third year of the government’s five year plan for improving mental health care and yet too many CCGs still aren’t investing enough in services to make sure this plan is delivered.”

An investigation by HSJ last month found that 21 out of 172 CCGs that replied to freedom of information requests (12 per cent) said they were forecasting not to hit the standard in 2017-18.

Our analysis found 24 CCGs were predicting to cut mental health investment, compared to eight in the dashboard.