The prime minister must make this one thing a top priority

Myriad shortcomings in children and young people’s mental healthcare have prompted the Education Policy Institute to issue a National Challenge to Theresa May, writes Emily Frith

The commission was established in November 2015 to understand and explore progress and challenges in the transformation of young people’s mental health care since the publication of the government strategy Future in Mind in March 2015, which was launched alongside announced investment of £1.4bn over five years.

Chaired by former mental health minister Norman Lamb, the commission has identified a “treatment gap” where specialist services are, on average, turning away nearly one in four (23 per cent) of the children and young people referred to them for treatment by their teachers or their GP.

This treatment gap has been further exposed by the recent Adult Psychiatric Morbidity Survey which found that two thirds (66.9 per cent) of young people aged 16-34 who had attempted suicide had not subsequently received medical or psychological help.

The commission also explored progress and challenges in the transformation of services. The Education Policy Institute conducted an analysis of the local transformation plans developed by local health and care leaders across the country. It found that of the 121 published plans, only 18 areas (15 per cent) had “good” plans. Fifty-eight plans (48 per cent) “required improvement” and 45 plans (37 per cent) “required substantial improvement”. (The plans have all, apart from Greenwich, been published online. Some have only been published in summary form or do not include the background documents submitted to NHS England for assurance).

£119m has been allocated to clinical commissioning groups, but this has not been ringfenced and so there is a risk that it will be spent on other priorities

The Education Policy Institute also identified significant barriers to the transformation of care. These included workforce, where the Education Policy Institute found that eight out of 10 services had experienced recruitment difficulties. A similar proportion had had to advertise posts on more than one occasion due to the lack of demand. Spending on temporary and agency staffing had increased by 80 per cent in the last two years. 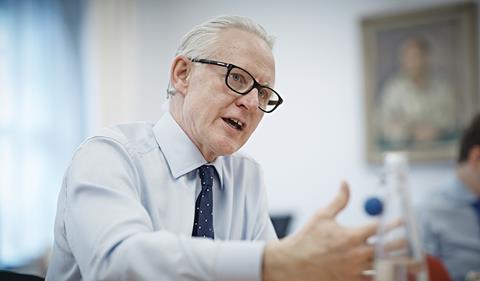 On funding, only £143m was released in the first year, out of an expected £250m, and of that, only £75m was distributed to clinical commissioning groups. It is not yet clear how much of this has reached frontline services, but reports from mental health providers indicate that they have not yet seen this increased investment. For 2016-17, £119m has been allocated to clinical commissioning groups, but this has not been ringfenced and so there is a risk that it will be spent on other priorities.

The commission is calling for Theresa May to launch a National Challenge on children’s mental health, making it a top priority for her administration.

The challenge would cover all aspects of children and young people’s mental health, from raising awareness and tackling stigma, to research and prevention through to increasing access to high quality services.

To tackle the “treatment gap”, the commission calls for every area to have kite-marked, easy access early intervention services, often run by the voluntary sector. It also recommends that the Prime Minister’s Challenge includes a national programme of mental health to ensure a stronger focus on mental health and wellbeing within schools. This would include training for teachers and mental health being included on the curriculum.

Finally, the commission calls for the government to prioritise increasing access to quality treatment. This would include ensuring that the announced funding of £1.4bn gets through to children’s mental health services by only releasing the funding if areas can demonstrate they have robust plans in place and are spending all of the funding on children and young people’s mental health, rather than offsetting cuts elsewhere.

This would include an ambitious waiting time standard of no more than eight weeks and choice for young people about when they can transition to adult services.

The commission focuses on children and young people’s mental health as an integrated “system” which is much wider than support within the NHS. Nevertheless, it does recognise the vital role the NHS has to play in integrating support for young people so that they can get easier access to the care they need.