One of the trusts in the Essex hospital group has seen a dramatic slide in its financial position and a series of incidents in its maternity services. 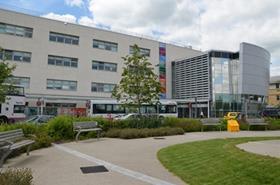 The £310m turnover organisation said the deterioration was driven by savings plans failing to deliver and higher than expected spending on medical agency staff.

The similarly sized Southend is still predicting it will meet its planned £15m deficit target.

A spokeswoman for the group said: “The vast majority of hospital trusts in England are in deficit; however, this has been a particularly challenging year for Mid Essex with significant operational pressures and a number of staffing gaps in a variety of clinical and other roles.”

She said the trust had been “working with regulators to bring the financial position on to a more sustainable footing for 2018-19”.

On Basildon’s position, she said: “The trust set a stretching target for this year in agreement with the regulator. Although good progress has been made, not all the plans have been delivered, coupled with operational pressures and the impact of the national directive on reducing activity in January.”

The group’s most recent board papers also drew attention to three unplanned closures at Mid Essex’s midwife led delivery units from October to December, and an incident that left a newborn baby with brain injuries. A root cause analysis is being carried out into the incident.

A trust statement said staff shortages had led to the closures for periods of no more than 12 hours.

Staffing data on the ratio of midwives to births shows Mid Essex was “red rated” with a ratio of 1:32 in October to December.