Leaders of CCG trio commit to merger by April

The leaders of the three clinical commissioning groups for Manchester have committed to a formal merger by April 2017, according to an independent options appraisal.

Subject to board approval, North, South and Central Manchester CCGs will also seek to formally establish a “single commissioning function” for health and social care with Manchester City Council, a report by consultancy firm Deloitte says. 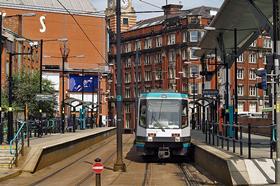 Manchester was served by a single primary care trust prior to the creation of CCGs in 2013 under the Health and Social Care Act.

The report, published within Central Manchester CCG’s board papers for September, says: “This [single commissioning] function will comprise one statutory CCG for Manchester, which holds a partnership agreement with Manchester City Council.

“It will have one accountable officer and a single executive team including senior city council officers and clinicians.

“After discussion and debate about the merits and risks of a phased approach, CCG and Manchester City Council leaders have committed to working towards a timeframe of April 2017 to implement this structure and new arrangements.”

Progression of the plans is subject to formal approval by the organisations’ boards.

The CCGs and council have worked increasingly closely since the Greater Manchester devolution deal was signed last year, including forming a joint commissioning board and appointing a joint director to work across the organisations. One senior source has previously described the arrangements as the CCGs acting like a council department.

The Deloitte report suggests the single commissioning function may need to transfer to the council in the longer term, although this would be dependent on legislation and the “maturity” of the new arrangements. A spokeswoman for the council and CCGs said this was not being planned, however.

Another longer term option could be the formation of “chains” with other local commissioners such as Trafford, the report suggests, in order to “ensure that outcomes are defined consistently”.

The developments mirror significant changes taking place among Manchester’s two hospital trusts, which are also planning to merge by April, as well as the planned creation of a single organisation to deliver out of hospital care in the city.

Ian Williamson, chief officer of Central Manchester CCG and chair of the city’s joint commissioning executive, said in a statement: “Over the last few months, an independent review has been carried out on the scope and options for more formal integrated arrangements. The recommendations are being considered by the CCGs’ boards and Manchester City Council and will be presented to Manchester’s Health and Wellbeing Board in November.

“This process reinforces our commitment to working together for the benefit of the people of this city, so that we can develop a system that is responsive to local need, accountable to local people, and keeps clinical decision-making at the heart of it.”

Sir Richard Leese, leader of Manchester City Council, said: “Strong collaborative commissioning arrangements are to be welcomed in the city for the benefit of everyone who lives here. The key emphasis here is on partnership working between the local authority and the NHS - which does not mean that the CCGs are to become part of the council.”

This article has been updated after the CCGs and council said they are not planning for the “single commissioning function” to be transferred into the council in the future.