There was a “gap” in commissioners’ assurance process for an urgent care contract with Care UK and the provider’s staffing model was flawed, a review has found.

The report by Verita, published last month, also found that the urgent care centre was “often understaffed” and the staffing model “took no account of predictable peaks in demand”. 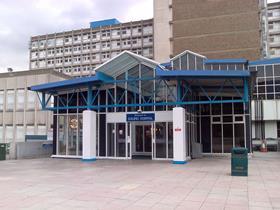 The urgent care centre is based at Ealing Hospital

In 2011, Ealing Primary Care Trust awarded a five year contract to Care UK worth £3.9m to run the centre in Ealing Hospital.

In August 2015, Ealing Clinical Commissioning Group asked Verita to carry out an independent report following an investigation by ITV that accused the service of poor care.

The review identified a “gap” in Ealing CCG’s assurance process as it “failed to recognise deficiencies in a number of UCC audits”.

Clinical audits were carried out by the UCC lead audit GP, but were only “briefly discussed at contract review meetings”. “No CCG clinician attended who could assess the methodology of audits, the results and the schedule and types of audits being submitted,” the report said.

It added: “The audits are not considered by the CCG in any other forum outside the contract review meetings. This is a gap in the CCG assurance processes.”

Verita also said the staffing model submitted by Care UK for the contract “took no account of predictable peaks in demand”. However, it “found no evidence that patient safety was compromised because of staffing problems during the day (as opposed to night)”.

In May 2013, Care UK approached Ealing CCG for more funding because contract was running at a loss – due to “misjudging how long it would take to see each patient and underestimating GP salaries”. The CCG refused to give extra funding and did not allow Care UK to terminate the contract when asked.

The report said: “The CCG should have sought assurances that the fact that the contract was operating at a loss was not adversely affecting the staffing levels and care at the UCC”.

Greenbrook Healthcare is the new provider for the service after being awarded a five year contract in April worth £4.7m.

The authors recommended the CCG “ensure that the new contract sets out predicted numbers of attendances based on data from the past contract and that a suitable staffing model is agreed”.

A Care UK spokesman said: “The report reflects that while urgent care centres do not deal with emergency cases services such as that in Ealing are asked to deal with very high demand and with a large number of patients with complex conditions, with limited resources and often in less than ideal physical environments. No provider or commissioner in our experience has complete or immediate solutions these enormous challenges.

“The report’s recommendations, both to the provider of the service and to commissioners and other NHS organisations, tackle many of the issues which Care UK and the CCG had discussed in the past, for example with regards to resourcing issues or the way in which difference services at Ealing could work collaboratively. We wholeheartedly support the report’s suggestions for the future development of ways of working on complex sites shared by more than one NHS service.”

A CCG spokesman said: “As the commissioner of the service, we took action at the time to make sure patients were safe, including an immediate clinical review to ensure patient safety.

“The report does not highlight any specific patient safety concerns. Verita made a number of recommendations to improvement management of the UCC contract.

“The CCG has accepted and taken action on all the recommendations in the report and these have been taken forward into the new contract with Greenbrook Healthcare.”