Two clinical commissioning groups in Lancashire have moved to a shared leadership arrangement after the retirement of one of the accountable officers.

Dr Tony Naughton, clinical chief officer at Fylde and Wyre CCG, will step down from his role at the end of August. 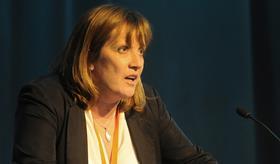 Dr Amanda Doyle, accountable officer of neighbouring Blackpool CCG, will take over at F&W CCG on an interim basis until a permanent arrangement is confirmed.

The CCGs in Lancashire have been moving towards a more consolidated commissioning system, in which more decisions are being made by the county wide Integrated Care System board.

Dr Naughton, who has held the post since 2013 said he would continue working as a GP in Thronton-Cleveleys. He said: “As the NHS moves towards more integrated care, which will take some time to complete, it seems sensible that it is overseen by people who will still be in the system in several years’ time.

“Although I am sad to go I leave the CCG with a feeling of immense pride as over the past five years we have achieved so much.”

F&W CCG is rated “good” by NHS England and has been involved in three national pilot projects – the Fylde Coast Vanguard, the Lancashire Test Bed and Healthy New Towns.