Health leaders in Leeds are exploring new “shared leadership and governance” arrangements, but have stopped short of proposing a full merger.

An independent strategic commissioning review is under way into how Leeds’ three clinical commissioning groups deliver services across the city, with part of it exploring how the organisations are governed. 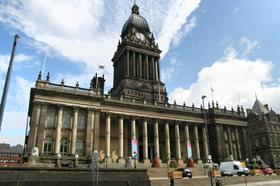 Projects in Leeds could eventually lead to a city-wide ACO

HSJ also understands that three pilot projects in the city could form the foundation of a series of multidisciplinary community providers, which could become a forerunner to a city-wide accountable care organisation.

The ongoing review covering Leeds West, Leeds North and Leeds South and East CCGs is expected to report next month.

In an interview with HSJ, Leeds West CCG chief executive Philomena Corrigan ruled out a merger but said the review would probably lead to a joint leadership team and shared governance arrangements.

She added: “We could have crudely said ‘let’s just merge’ but that would not change the commissioning process, it would just be a bigger footprint.

“We have not got all the results, but we will probably end up with a blueprint of how we are going to strategically commission services in Leeds, probably with a shared leadership team and shared governance arrangement.”

The three CCGs have already committed to forming “one commissioning voice” and have set up a steering group that includes directors from the local councils.

Health and wellbeing board papers also reveal plans to recruit a deputy director of integrated commissioning, who will report to the council and CCGs. The role is designed to bring adult social care and NHS commissioning closer together.

There are also proposals to co-locate the CCGs and Leeds City Council’s social care department to create a single integrated commissioning office, but Ms Corrigan said a lack of suitable premises meant this was unlikely to happen soon.

She said each of the three CCGs is piloting a redesign of primary and community services, which could lead to the formation of a string of MCPs, or eventually an ACO for the whole city.

The pilots are focused on forming integrated teams combining GPs, community services, mental health and social care, but Ms Corrigan said they could form the basis of three MCPs.

She added that “exploratory conversations” to date had centred on whether to set up three MCPs or an accountable care organisation providing a broader range of services.

“Each CCG has got a pilot going ahead, building the integrated teams,” she said, which will “probably end up as three MCPs across Leeds”.

Ms Corrigan added: “At the moment they are working on the current CCG footprint. The question is do we continue with working on a CCG footprint or work more collaboratively?

“The MCPs will develop, we will have one, two or three, and it will possibly lead to an ACO in the future.”