‘Mac the Knife’ to lead STP and five CCGs

A well-known NHS figure will take over as interim accountable officer of five clinical commissioning groups next month, after they were “unable” to recruit someone substantively.

Anthony McKeever has been appointed as interim executive lead for the Mid and South Essex Sustainability and Transformation Partnership as well as joint AO for the system’s CCGs: Mid Essex, Castle Point and Rochford, Southend, Basildon and Brentwood, and Thurrock. 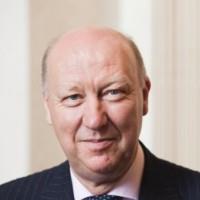 Mr McKeever, who has had a long career in the NHS, earned the nickname “Mac the Knife” after he headed up the government’s 1992 taskforce to cut waiting times. In his new role, he will aim help to transform the STP into an integrated care system by the national deadline of April 2021.

The Mid South Essex STP is planning to merge its five CCGs into one managed by a single executive team, with four managing directors that will answer to the AO. The team will also have a single chief financial officer and chief nurse.

When asked if the restructure would lead to redundancies, a spokeswoman for the Mid and South Essex CCGs said: “It would be inappropriate to comment on the future employment of the current post holders at this moment in time.”

The spokeswoman confirmed the existing AOs will remain in post until Mr McKeever starts the role in March and “alternative staff structures” will be consulted on in the next month.

Mid Essex, Thurrock, and Basildon and Brentwood CCGs currently have their own AO, chief financial officer and chief nurse, while Castle Point and Rochford, and Southend share an AO. The AO for Mid Essex, Caroline Rassell, also leads the joint committee for the five CCGs.

The spokeswoman also said the STP was “unable to appoint to the permanent position of joint accountable officer and ICS executive lead after an extensive national recruitment process. To allow work to progress on the merger application proposal the appointment of an interim… was necessary.” Mr McKeever’s appointment is subject to approval by NHS England and NHS Improvement.

The three acute trusts in the STP — Mid Essex Hospital Services Trust, Basildon and Thurrock University Hospitals Foundation Trust, and Southend University Hospital FT — are also in the process of merging and intend to become a single FT at the start of April 2020.