Northamptonshire is at risk of losing £15m of joint health and social care funding because of a failure to sign a contract and meet mandated NHS England targets.

Nene Clinical Commissioning Group’s January board papers said a legal agreement that underpins the improved better care fund for 2018-19 was scheduled to be signed by the end of the month, but the deadline had been “extended” after a meeting with Northamptonshire County Council at the start of the year. 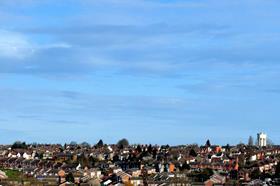 The CQC will review the region’s health and care system

The council confirmed to HSJ that the section 75 agreement is still awaiting sign off. A section 75 enables CCG funds to be transferred to the council to create the IBCF funding pot.

The area is also non-compliant with meeting agreed delayed transfer of care rates.

Northamptonshire has reduced the rate of acute inpatients medically fit for discharge from 12.6 per cent in June 2017 to 7.6 per cent in December 2017. This is still far short of its agreement with NHS England to cut the rate to 3.5 per cent by the end of March to receive IBCF funding for the next financial year.

Nene CCG board papers said a “failure to deliver [a reduction in DTOCs] could result in the loss of £15m of IBCF in 2018-19” and “increase financial risk to the system and/or Nene CCG”.

The council has also been advised that based on winter DTOC performance its £5m share of the total IBCF monies for the next financial year could be “subject to conditions or controls”.

A spokesman for Northamptonshire County Council told HSJ: “Such conditions may weaken our ability to support this and could lead to the withdrawal or reduction in the very services that are helping to reduce DTOCs currently.”

The area will also now be subject to a Care Quality Commission review in April of how well its health and social care systems work together because it “remains a poor performer nationally” for DTOCs.

According to Northamptonshire Health and Wellbeing Board papers, the region was informed in December 2017 by the secretaries of state for communities and health that a review was “likely”.

The same papers revealed that NHS England rejected the area’s first IBCF plan in September as its proposed DTOC rates, although “realistic” from Northamptonshire’s viewpoint, were not compliant with the regulator’s demands. A revised plan was approved in December.

The council’s spokesman said: “Northamptonshire is one of several areas where the delayed approval of the IBCF plan means that the section 75 is still being agreed”.

The Northamptonshire health economy is already facing significant financial problems – the same Nene CCG board paper described it as “becoming highly challenged due to the financial position of in county acute trusts, Northampton County Council and Corby CGG”.

At the start of the month, the council effectively declared itself bankrupt when it issued a section 114 notice which banned new expenditure that was not statutorily mandated.

Nene CCG board papers released just days before the council’s notice was issued said the council was pursuing “significant” savings plans which may transfer costs to the commissioner and “result in health services having to expand at additional cost to the CCG.”

The documents said Nene CCG was “seeking legal advice” on the changes as well as having weekly meetings with council colleagues.

A spokeswoman for the CCG told HSJ: “We are aware of the section 114 notice issued by Northamptonshire County Council and are monitoring the situation closely.”

The council spokesman said: “The financial strains on health partners, as well as [the council] are more widely impacting services and residents as we seek to close the financial gap between demand and system budgets over the next five years of over £200m as set out in our STP”.

Board papers and information provided to HSJ