A clinical commissioning group in Greater Manchester is set to appoint a new accountable officer after terminating its shared leadership arrangement with a local authority.

In an email to members and staff, seen by HSJ, Trafford CCG said it has offered the role to Martyn Pritchard, a former director of outsourcing firm Capita and ambulance trust chief executive. His appointment is subject to references and approval by NHS England.

It comes after the CCG and Trafford Council decided to revoke their shared accountable officer/chief executive arrangement after just six months. 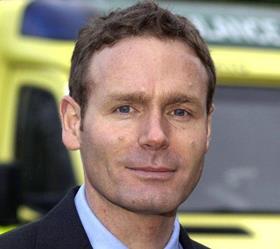 In the email dated 12 November, CCG chair Sally Johnston said it was hoped Mr Pritchard would start in January.

She wrote: “Martyn (Pritchard) has a career history covering many sectors including as a former provider chief executive, former [primary care trust] chief executive, work in the private sector and most recently for Alzheimer’s UK.

“Martyn demonstrated… deep insight into Trafford and the opportunities and challenges we face (he attended our governing body meeting as an observer last month).”

Mr Pritchard previously worked for Capita for five years between 2011 and 2016, including as stakeholder director within the firm’s widely criticised primary care services.

At the start of 2018, the CCG agreed to create a shared accountable officer/chief executive role with Trafford Council, matching the arrangements now in place within most boroughs in Greater Manchester.

Council chief executive Theresa Grant was appointed to the dual role in April, but resigned in July after Labour took control of the council.

The CCG and council have since been led separately on an interim basis, by the AO of Salford CCG and CEO of Salford Council respectively.

A council spokesman told HSJ there were now “clear strategic reasons to separate the roles… to help us meet the challenges both the council and CCG face”.

The CCG has faced challenges on several fronts over the last year, with its work to create a single primary care organisation being halted due to concerns over the process, and an independent review currently examining why a newly built health centre remains largely empty.

A paper to the CCG’s governing body said there needed to be “well developed and embedded governance and oversight of CCG activities in light of the strategic challenges”.

Separating the roles would match the leadership arrangements in the city of Manchester and Salford, which have retained separate AO and CEO posts.

The paper added that the CCG would still explore options to colocate with the council and there would continue to be joint management teams. Nikki Bishop will also continue as joint chief finance officer between the organisations, and it will continue developing a “strategic commissioning function” as required by the regional devolution team.

In its mid year finance report for 2018-19, the CCG said it is forecasting a breakeven position. But this may depend on receiving £13m of financial support, which is currently being discussed with Greater Manchester Health and Social Care Partnership.

Email to staff and members; board papers; and information provided to HSJ