The call must go out to improve hospital switchboard services

Our research into hospital switchboard performance suggests more staff might be needed if the NHS is to be transformed into a seven day service, write Thomas Hampton and colleagues 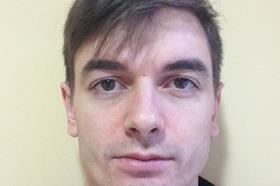 Every hospital in the NHS relies on bleeps and telephone calls. Communication between clinical and supporting staff and also with patients and members of the public all run through the switchboard. Accurate and timely administration of crash bleeps, trauma calls and on call rota queries are also integral to daily healthcare provision.

Recently a large amount of medical and lay literature has been devoted to the issue of transforming the NHS into a 24/7 service. Whilst there are reduced numbers of doctors in hospitals at night and weekends, there is also a reduction in the other integral members of the healthcare team. Often neglected are the administrative or ‘non-clinical’ staff.

We feel a starting block in this transformation would be appropriate provision for 24/7 switchboard response times to be maintain at an agreed standard and facilitate the smooth running of all services and departments. To the full extent of our knowledge no nationally adopted gold data standard for switch board response times has been adopted by the NHS or HEE.

Many junior doctors and nurses have lamented the delays that occur from protracted idle time on the phone; awaiting a switchboard response to solicit specialist opinion or transfer from other teams which can directly impact patient care. For such a ubiquitous and cornerstone service in the hospital, there is very little literature on process mapping, audit or quality improvement of the switchboard service in the NHS.

During our review of the literature, only one previous paper in the JRSM conducted a benchmarking exercise for response times across the NHS. As far as we can see their recommendations were not adopted. So this leads us to ask, can delay for communication between teams be appraised and improved?

We wanted to assess the current performance of hospital switchboards across the country and look at whether some well performing hospitals do anything differently in their service model from the slower performing trusts. We felt that an appraisal or audit of the response time would give focus to future quality improvement and service planning projects.

Appropriate investigation, standard setting and calculation of staff and corresponding financial investment may benefit patients and clinicians in equal measure

All of the top 15 fastest switchboards employed human operators for first response. Only seven of the top 45 switchboards used automated messages. In total 134 (56 per cent) switchboards use an automated answering system, which in our study were a mean of 27.8 seconds slower (range 9-278 seconds) to respond. The 10 best performing trusts are shown below. (Table 1)

From our own practice we are aware that some specialties within hospital trusts i.e. South East London Burns network (Telemedicine) and Neurosurgery at St George’s hospital use fully computerised referral systems. Speed and ease of information transfer using these systems may supersede any informatics barriers to communication.

It was noted that some hospitals operated an 0845 number and that some staff were subcontracted from private companies rather than direct employees of the hospital. Only one of the top 5 hospitals used subcontracted staff. We have demonstrated the possible delays in care provision right at the core of every functioning acute NHS hospital.

Hospital switchboard services will be crucial to the running of a seven day NHS. Invested parties in the campaign to transform the NHS must learn from this research that high quality services may need extra personnel on the hospital switchboard rota to allow a human, early response and decreased clinician idle time.

Appropriate investigation, standard setting and calculation of staff and corresponding financial investment may benefit patients and clinicians in equal measure. We would like to thank the switchboard staff of England (top 5 performing hospitals were all rung and congratulated) and the authors of the previous 2008 benchmarking paper.