INTERVIEW: Replacing the management structure put in by the private firm which ran Hinchingbrooke Health Care Trust for three years was a key driver for turning around its performance, the trust’s chair has told HSJ.

Alan Burns’ comments follow the Care Quality Commission announcing on Thursday that the trust, run by Circle under a franchise deal until April 2015, has been taken out of special measures and good overall, after being returned to full NHS control. 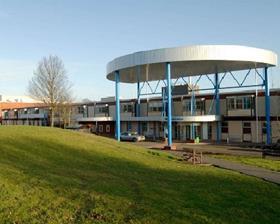 Hinchingbrooke’s chair said ‘clinical leadership is absolutely crucial, but so is NHS management’

Mr Burns told HSJ the CQC’s decision to rate the trust inadequate in January 2015, which was disputed by Circle just before it pulled out of the controversial arrangement, was correct. The rating was subsequently upgraded to requires improvement in April 2015, but Mr Burns said the trust had nevertheless been in a “bad place”.

He said the main reason for the turnaround had been the efforts of staff at all levels of the trust, but he also cited substantial changes to the management structure and clarifying expectations with staff.

While there was still “lots more to do, everybody [at the trust] is to be complemented on this. The staff have really risen to the challenge,” he said.

He added: “We had to get a new board, we had to change some of the directors, and we had to change the management structure from the one Circle put in place, which was heavily criticised by the CQC.

“The structure now looks like what most NHS trusts look like. Circle went for a model which involved eight clinical leaders… While, superficially, it sounds like a great idea, what [the turnaround] says to me is: clinical leadership is absolutely crucial, but so is NHS management.”

“The ideas Circle bought to how the trust should be managed had many good points. But at the end of the day, doctors are best doctoring and managers are best managing. When you put them together and you get a common purpose, then you get what the NHS ought to do.”

The major blot on the trust’s copy book in the CQC’s latest report was for its accident and emergency department, which remains rated as requires improvement.

Mr Burns said the trust would resist any attempts to reduce its A&E opening hours – an option being discussed by United Lincolnshire Hospitals Foundation Trust this week.

The former strategic health authority chief executive said: “The Cambridgeshire sustainability and transformation plan doesn’t suggest [reducing A&E hours]. The other clinical reference groups that looked at it in the STP didn’t recommend it. It would be a major, major issue for the population of Huntingdonshire, so we would resist that as much as we possibly could.

“The idea of the merger with [Peterborough and Stamford Hospitals Foundation Trust] is about creating sustainable services, not losing them.”

He also said the A&E’s rating needing to be viewed in the context that demand was “going through the roof” and the department was understaffed.

“The staff are to be praised. We have two and half consultants instead of the six we should have, because we can’t recruit. So medical leadership is a major problem. The [doctors] we have, have stepped up and the nurses are doing a cracking job [but] there is difficulty recruiting.

“And demand is going through the roof. This hospital opened in 1984 looking after 6,000 patients. We are looking after 50,000 this year. It’s up 8 per cent on last year and we have 10 cubicles. If you do the arithmetic on that you think: ‘Gosh, it’s a miracle you’re coping at all’,” he said.