The Competition and Markets Authority has accepted that financial pressures on the NHS have “dampened the role of competition”, and says the impact on patient choice of the proposed merger of two large teaching trust in Manchester is “likely to be limited”. 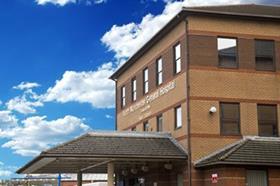 North Manchester General Hospital would transfer to the new trust

The CMA’s statement today said: “The provisional findings report has found that significant financial pressures in the NHS along with local plans (in response to policies from commissioners and national regulators) which focus on greater collaboration and integration between healthcare providers, have dampened the role of competition between the trusts.”

John Wotton, chair of the merger inquiry group, said: “If we see convincing evidence of how this merger can benefit patients then we will look to clear it. We will now examine carefully the case put forward by the trusts before we come to a final decision on whether those benefits to patients will outweigh any loss of competition or choice.

“Although the merger could reduce choice for patients and commissioners, we think the effects are likely to be limited. Recent developments both nationally – and in Manchester following devolution of health and social care – mean that in practice NHS providers are less able to act independently, which limits the extent to which they look to compete with each other.”

In their submission to the CMA, the trusts argued the proposed merger should be viewed in the context of the financial deterioration and reduced autonomy of foundation trusts. They also submitted a lengthy document outlining the expected patient benefits.

In a landmark decision in 2013, the CMA blocked the merger of Royal Bournemouth and Christchurch Hospitals FT and Poole Hospital FT.

However, the two Dorset trusts have reopened merger talks, as they believe a planned reconfiguration of acute services “could be achieved more easily under one management structure”.

If the merger of CMFT and UHSM proceeds, the plan is to transfer North Manchester General Hospital to the new trust. It is currently run by Pennine Acute Hospitals Trust

Health leaders in Manchester have estimated the project will save more than £100m by 2021 through efficiencies on workforce, back office and estates costs, as well as activity reductions.

In addition to the organisational changes, the plans involve significant reconfiguration of several specialties, including centralisation of elective orthopaedics at Trafford General Hospital and vascular surgery at Manchester Royal Infirmary. This work is expected to deliver savings of 8-10 per cent within eight specialties.

The CMA added: “In assessing the effect on patient choice, the CMA has been looking in detail at the elective (that is, non-emergency) procedures across a number of clinical specialties and maternity services provided by both trusts. It has also looked at certain specialised services commissioned by regional and national bodies, non-elective care and community services, all of which are also provided by the trusts.

“The CMA has heard from local commissioners, the devolved health body in Manchester, NHS England and NHS Improvement, all of whom have expressed strong support for the merger. In particular, NHS Improvement has told the CMA that it will help deliver improvements for patients more quickly and at less cost than would be the case without the merger.”

The merger was initially planned to be completed by April 2017 but the timeline is now unclear.