A new interim leader has been appointed to Greater Manchester’s devolved health and care system, with a permanent replacement for Jon Rouse expected to be appointed later this year. 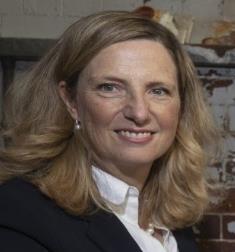 Jon Rouse, chief officer of Greater Manchester Health and Social Care Partnership since 2016, is leaving at the end of January.

HSJ has learned Sarah Price, the partnership’s executive director of population health and commissioning, will replace him on an interim basis.

A recent message to staff said she would be in post “until permanent arrangements are confirmed”.

HSJ asked the partnership whether it would be advertising for a full-time, permanent, replacement for Mr Rouse, with a similar job specification.

A spokesman replied: “A group of senior leaders from across the different parts of the health and care system have been working with the NHS England/Improvement regional director on the recruitment process and expect to have the new permanent chief officer in post in the next six months.”

The responsibilities for the role have included oversight of a £450m pot of transformation funding for the region, in what has been a unique arrangement in the English NHS.

But that funding deal is now drawing to an end, while changes in government and policy mean Greater Manchester is increasingly treated under NHS rules as only one of more than a dozen “integrated care systems”, rather than a unique project.

There has also been reorganisation in the NHS, which means that, from April, Mr Rouse was reporting to the NHSE/I regional director for the north west, rather than to the NHSE’s national team, as was previously the case.