A leading foundation trust rated outstanding has accused one of its commissioners of a potentially “unsafe and unsustainable” procurement, and has launched a legal challenge to the process. 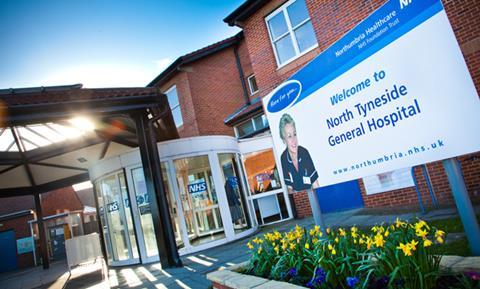 Northumbria Healthcare Foundation Trust – whose substantive chief executive is Jim Mackey – said it had launched the challenge against North Tyneside Clinical Commissioning Group over the procurement of a new urgent care centre for the area.

The FT said the CCG’s tender required providers to find more than £2.4m of savings, and that this would make the service unsafe and unsustainable.

The CCG’s proposal is to replace three walk-in centres and an out of hours GP service with a single 24/7 urgent care centre, with the new facility due to open in October. The CCG began the tendering process in January and it finished in February, with a 10 day standstill period in April.

However, a row between the CCG and trust started over the location of the new urgent care centre. The CCG’s consultation preferred the North Tyneside General Hospital site in Rake Lane, run by Northumbria Healthcare. The trust said last year any service on that site that it did not itself operate would be “unfeasible”.

Trust medical director Jeremy Rushmer said it had identified savings within the service but decided not to bid for the contract.

He added: “It was clear, however, from the CCG’s tender specification, that further savings were required – in excess of £2.4m – and we felt this made it impossible to maintain a safe or sustainable service.

”The CCG was very clear that any bids not meeting the financial envelope would not be considered and, in the best interests of maintaining the quality of the services we provide to patients, we took the decision, in February this year, not to bid.”

Dr Rushmer said the trust had been left with no option except to issue a legal challenge because the “favoured outcome” would see no services offered at the North Tyneside site.

He said: “At this stage, we understand that the favoured outcome of the CCG would result in no urgent care services being available to North Tyneside residents from the North Tyneside General Hospital site but rather from premises which do not meet the specification published by the CCG at the commencement of its procurement.

”This cannot be in the best interests of patients.”

The CCG said in a statement the legal challenge meant the organisation could no longer progress to signing a new contract with its preferred bidder. It has declined to name the preferred bidder.

The CCG, which has had severe financial problems in recent years, said: “Unfortunately, prior to signing the contract with the preferred provider, the CCG has received a legal challenge from Northumbria Healthcare FT.

“As a result, we are unable to proceed with signing the contract or announcing the successful bidder at this time.

“We are confident that we have followed procedures correctly, and we are doing everything we can to resolve the situation as quickly as possible.”

A CCG spokesman said that the legal challenge had been submitted after the 10-day “standstill” period in April, and the CCG recognised the preference to have the new centre at Rake Lane.

He added: ”We want to be clear that the CCG has not selected a site.

”We have recognised the overall preference among patients for North Tyneside General Hospital as a site, but wished to secure the best possible value for patients by holding a competitive tender process on that basis.”

He said it was common practice for providers to operate from buildings that are owned by another NHS organisation, and the plans were approved by NHS England and the Northern England Clinical Senate before the procurement process began.

He added: “We absolutely cannot accept any suggestion that the service will be unsafe. The CCG will expect the provider to demonstrate that it can deliver the service from its chosen premises in a safe and accessible way.”

This story was amended on 19 June at 4.35pm to include a further statement from North Tyneside CCG.