Outcry from dozens of senior consultants has forced one of the country’s largest teaching hospitals to review its £14m digital patient record system amid fears over patient safety. 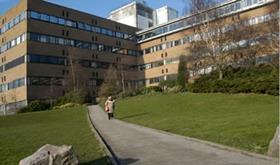 In an email chain shared with HSJ, senior clinicians at the trust were scathing of the system, claiming vital records were often missing meaning they had to “guess” why patients were attending clinics.

In one case, an intensive care patient was treated from “memory” because none of their records were available. Another consultant said they were forced to play “medical charades” with patients by asking leading questions to get key information.

The problems stem from the trust’s DHR system, which has cost more than £14m over the last two years. It involves handwritten notes being sent to a private company to be scanned as images, which are indexed and added to a digital viewing system.

One consultant said it was the “digital equivalent of your notes being tipped on your desk”, Another said it was “universally regarded as being unfit for purpose and unsafe”.

Trust medical director Keith Girling said he accepted the criticism and that the system was not working, and said the trust would act.

NUH has spent £5.8m on scanning 57 million paper records in the last two years via a company called Swiss Post Solutions; £2.7m on hardware and software; and £5.9m on deployment of the system provided by a company called Fortrus.

A survey carried out by a surgeon resulted in 97 out of 100 consultants saying they felt the system was unsafe in its current format.

One clinician told HSJ: “I think the trust is in real trouble. They’ve spent a load of money on a system that doesn’t work. A lot of paper records have been destroyed. There is no money to start again.

“In my opinion, the DHR is unsafe and really needs to go. We do need a proper electronic patient record – this isn’t it.”

‘We can surely do better than this?’

Consultants’ criticism of the DHR system seen by HSJ: