As the NHS goes through the latest round of reforms, HSJ’s new comment editor Andy Cowper argues we have a duty to scrutinise and challenge its leaders

It’s a pleasure to join HSJ as the new comment editor. The changes in motion in the NHS and UK health economy offer a wealth of opportunities and not a few major risks: the HSJ Comment section will discuss, predict and reflect these.

The ability to comment is a freedom, and with all freedom must come responsibility. HSJ has a long and proud history, dating back to its early days as the Poor Law Officers’ Journal – a title that reminds us of the great thing our nation created in the NHS. 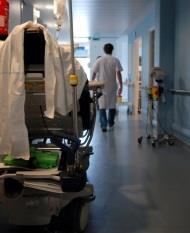 ‘We have a duty to listen to power, to report power accurately, and to speak truth to power’

We have a duty to that tradition. We also have a duty to listen to power, to report power accurately, and to speak truth to power. HSJ does those things, and will keep doing them.

Equally, the system leaders of the new NHS have a greater need than ever before for an independent platform to speak to their colleagues about key issues. HSJ Comment will provide that.

The politics, philosophy and economics in and around the NHS create challenges to producing calmly contextualised comment, discussion and debate. HSJ Comment will represent the diversity of rational views, without slipping into the playpen of pointless polemic.

As we carry on “liberating the NHS” in the wake of whistleblowing revelations and high-profile scandals in health and social care, the need for truly open comment and conversations between system leaders and frontline colleagues is clear. HSJ Comment will facilitate and moderate these.

Very Bad Things happen when those working within the health and care system do not feel free to speak about what’s really happening. The dangers arising from a comment-free, kiss-up-kick-down system which aims to provide its leaders with good news at all costs could not be clearer from the Francis report.

Our health economy today is very different to its 2010 state, when NHS England comrade-in-chief Sir David Nicholson (whose personal motto may or may not be “on your Marx, get set, go”) warned NHS Confederation conference delegates to “avoid turning into commentators”.

Ignoring Sir David’s 2010 advice must have seemed career-limiting. The French have a phrase for that kind of behaviour: lèse-majesté - an offence against the dignity of an absolute ruler. Then again, the French also have the phrase laissez-faire, which has come to mean unregulated free-market economics, so it’s swings and roundabouts. Moving to the left, naturally.

Sir David now runs a system with multiple stakeholders in the power game, and acknowledges this in his recent speeches. The new world’s tension between traditional grip and neo-liberation promises to be a dynamic one.

I look forward to your comments about what’s happening in your corner of the health system. As commentators, you can tell the story of what’s going on: HSJ remains a vital medium for that.