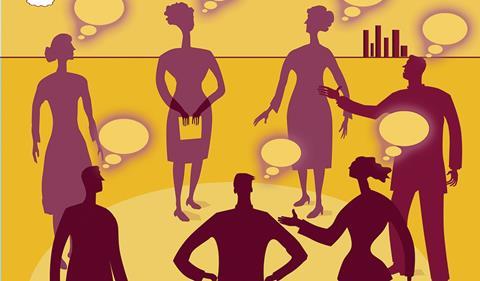 It is often argued that the intensity of the public’s relationship with the NHS insulates it from necessary change. However, like any relationship, it is not quite as straightforward as that.

Certainly, recent polling carried out by Ipsos MORI for The King’s Fund once again underlined the strength of public support for the service, with four out of five people (77 per cent) agreeing that “the NHS is crucial to British society and we must do everything we can to maintain it.”

Yet, from my experience, users of the service often recognise that it needs to change, particularly those who use it regularly. If you take the time to ask them, they will explain in clear terms what is working and what needs to improve.

From my experience, users of the service often recognise that it needs to change, particularly those who use it regularly

It is also true that people are realistic about what the service can and cannot offer when they are engaged in the right way. But, for those in the NHS leading service changes, engaging with the public can feel difficult, especially when making potentially unpopular decisions.

Since Sustainability and Transformation Partnerships were announced, there has been debate over how much public engagement has taken place and how effective it has been.

In our work with Ipsos MORI, we wanted to explore the extent to which people want to be involved in decisions about health services.

Nearly a third of people (29 per cent) said that decisions about which NHS treatments and services are available should be made solely by qualified health professionals. The majority (56 per cent) said that the public should be consulted but that the final decisions should be taken by qualified health professionals, while 14 per cent said the public should be much more actively involved.

For the most part, people trust health professionals to make decisions about local services. However, the majority at least want to be consulted, if not be more actively involved

While 14 per cent still represents a significant proportion of the population, these findings suggest that for the most part, people trust health professionals to make decisions about local services.

However, the majority at least want to be consulted, if not be more actively involved, so if decision making is not transparent and people do not at least have the opportunity to engage, it is hardly surprising if problems and opposition to change arise.

These results should also make us reflect on the methods the NHS uses to engage people. Open processes such as public meetings and self selecting surveys may provide a biased perspective of public views.

These ways of engaging people are likely to disproportionately involve those who want to be actively engaged, so that potentially only a small group of people are heard from. Who we are not hearing for is a key question to ask – effective organisations routinely use insight and feedback from a range of sources.

An unhelpful, if not uncommon, view is that the NHS cannot deliver everything people want so there is no point in asking. This can lead to public engagement that feels like a tick box exercise. People sense this and frustration grows accordingly.

Effective public engagement is not just about asking people what they want, but exploring what matters to them, what they think would work best and, perhaps most importantly, why. These conversations need to be framed within realistic parameters about what the NHS can and cannot deliver. But the most important thing is to listen.

And don’t underestimate the public’s willingness to engage in difficult conversations. While people react badly to the idea of a “postcode lottery” – two-thirds of people think “treatment and services should only be available on the NHS if they are not dependent on where you live” – we need to delve a little deeper.

Where the NHS perhaps most needs to improve is in speaking a common language. Too often, it communicates change in a different language to the one spoken by its users.

Qualitative work with the public suggests that people will accept some variation in access to care as a trade off for more efficient services tailored to their needs, thus reinforcing the importance of local conversations.

Where the NHS perhaps most needs to improve is in speaking a common language. Too often, it communicates change in a different language to the one spoken by its users.

Three letter acronyms like STPs and ACOs can feel hard enough concepts to grasp for service employees. For the public, they can feel impenetrable.

People, for the most part, care about the end product – the care and experience they receive – so changes need to be rooted in the benefits to them and communicated in a language they can understand.

Finally, it is worth remembering that users often have very good ideas. This insight should stop the NHS seeing public engagement as an obligation, and instead think of what it can offer.

As the NHS approaches its 70th birthday, The King’s Fund has launched a new project to explore the relationship between the public and the NHS.

Finally, it is worth remembering that users often have very good ideas. It is this insight, that should stop the NHS seeing public engagement as something that has to be done, and instead think of what it can offer. If that doesn’t convince you, perhaps it is worth reflecting on what Dr Al Mulley said at a recent event at The King’s Fund: in any other industry not understanding your users would lead to bankruptcy.

Dan WellingsDan Wellings is a Senior Fellow in the Policy team at The King’s Fund.
Follow @@danwellings