An initiative to acknowledge and learn from good practices in providing care at County Durham and Darlington Foundation Trust has boosted staff morale and shown how organisations can capture excellence, say Sarah Mole, Jennie Winnard and Dr Richard Hixson 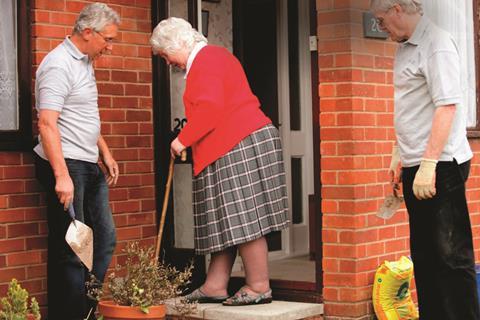 Approximately 10 percent of patients admitted to British hospitals suffer a patient safety incident. Most of these incidents are minor and transient, but a number prove severe or fatal.

However, 90 per cent of patients receive incident free care and it was our impression that this was often delivered to an extremely high standard.

Responding to excellence, however, has largely been limited to verbal compliments, occasional emails of thanks and annual staff awards.

Although County Durham and Darlington Foundation Trust has an established process for reviewing and learning from incidents, the same approach has not been utilised for the “positives”.

There have, therefore, been limited opportunities to truly learn from excellence; both individual cases and thematic analysis.

It is widely understood that to “make someone’s day” will change their outlook on the actions they undertake and increase their commitment to work; increasing the feeling of worth as they feel valued within their role.

A small group, backed by the trust executive, led an initiative to focus on how we can capture when “everything goes well” and create a culture of acknowledging and learning from excellence.

From the outset, we wanted to ensure that excellence reporting was available trust wide including non-clinical corporate services to facilitate the sharing of and learning opportunities from good practice.

We, therefore, developed a web based portal and database to run alongside our existing Incident Reporting system, which was familiar to employees.

The reports are completed by staff, about staff, observing what has added excellence to care across the six themes: attention to detail, communication, going the extra mile, knowledge, team work/peer support and others.

We developed a web based portal and database to run alongside our existing Incident Reporting system. The reports are completed by staff, about staff, observing what has added excellence to care across six themes.

Up to five members of staff can be named in a single report.

The system launched on 1 September, 2016 and we expected to receive around 100 reports in our first six months. At the six month point, however, there were 500 reports with subsequent incremental growth in report numbers from 60 in our first month to 126 in month 12.

A total of 1131 separate reports were received in the first year covering 1634 members of staff. Seventy five per cent of the reports were for “going the extra mile” and “team work/peer support”.

Individuals named in an excellence report receive a copy of the report through the trust email id and it is encouraged that these are used for appraisal and revalidation where appropriate.

We have so far conducted two internal surveys to gather feedback. These revealed that the vast majority of responders felt that receiving an excellence report had a positive impact on their own role, their perception of the individual filing the report and the trust.

Seventy per cent of responders felt the impact of receiving a report would last from weeks to years and 60 per cent felt they were more likely to report Patient Safety Incidents as a result of receiving an excellence report. A few examples of free text comments received were:

“After receiving one I realised how much of a ‘boost’ they can give you. After maybe being a bit pessimistic about them initially I think they are great and very handy for revalidation too!!!”

“I joined the Trust in 2006 and ever since I have strongly supported excellence reporting by staff, trainees and patients. I am really happy that we finally have a formal platform for recognising excellence in everyday work.”

“I am a strong believer that a positive work environment produces greater talent, satisfaction and progress resulting in happy and healthy staff that provide excellent patient care.”

“Of all the changes in the Trust; the little addition of excellence reporting, has made a tangible difference to working lives of many. Most of us, including me would not like to tell the world how good we are at what we do. Excellence should be perceived by others. Excellence in patient care should remain our motto and inspiration.”

The effect of an excellence report is an instant smile, a lift in the working day and acknowledgement formally recorded of the good that our staff in every team are doing daily.

The effect of an excellence report is an instant smile, a lift in the working day and acknowledgement formally recorded of the good that our staff are doing daily.

Monthly reports are automatically generated and provided to care groups for analysis and sharing at governance and other team meetings.

Our next step is to further develop the Excellence Reporting Group which will co-ordinate cross Care Group thematic analysis and ensure the examples of excellence are learnt from with the aim of boosting morale, improving the working lives of our staff and improving the care we deliver to our patients.

Dr Richard C HixsonDr Richard C Hixson leads the development of Local Safety Standards for Invasive Procedures and co-developed excellence reporting for CDDFT. He is a consultant in anaesthesia and critical care medicine with over 16 years of experience and has held multiple roles including college tutor, lead clinician and deputy medical director for clinical standards and governance.