Patients can become upset and treatment jeopardised when continuity is broken. 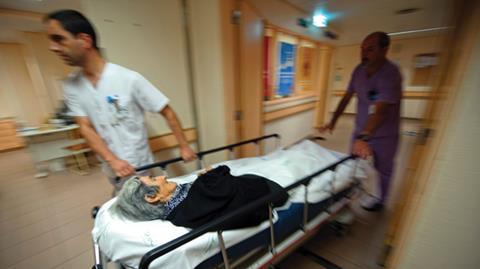 The elderly are more likely to be moved around hospital

Breakdowns in continuity - as patients go into hospital and come out, and use health and social services - are well documented. But breakdowns in continuity when they are in hospital are much less talked about and the subject of a King’s Fund report. It is difficult to know the scale of the problem, because transfers between wards are not routinely measured, but this is a serious issue for patients, carers and staff.

It is a particular concern for older patients who are more at risk than younger patients of being moved because they are more numerous and tend to remain in hospital longer, and because their medical needs do not fit with the compartmentalisation of acute hospitals. A hospital stay that goes badly for an older person can result in that person being unable to recover the life she or he enjoyed before.

Transfers between wards put patients at clinical risk, cause delay, inhibit recovery and cause great distress. Clinical staff feel frustrated because they waste time tracking down patients, and worry about losing control of the patient’s care. Patients and carers worry because relationships with nurses and doctors are disrupted and personal information and possessions get lost. Patients’ and carers’ stories vividly show the impact on older patients of moves between wards - this is a short extract from just one:

“My 92-year-old grandmother was admitted twice last year… we found the nursing care to be erratic, and communication between nurses and doctors to be poor. The first time she was moved twice in the first couple of days. The second move was carried out at 4am. Agitated on being woken, she pulled out her feeding tube.

“Her dentures were lost in transit and could not be located despite us repeatedly going to ask staff at the ward she came from. The lack of dentures left her unable to communicate and increased her difficulty with eating. She developed aspiration pneumonia which could have been in part due to the lack of dentures.”

Hospitals can learn from care coordination in other sectors. Good practice would include:

Hospitals should start by measuring the problem. They should find out how many times patients move over their stay and at what times of day, and how patients, carers and clinicians view the moves. Armed with the data, they can determine strategies to reduce the number of moves and mitigate the consequences.

It will need determined leadership and concerted action over a long time to fix the problem because the forces causing churn inside hospital are complex and systemic. Some transfers occur for clinical reasons, others are the result of high occupancy rates and shortages of side rooms and medical specialisation. Still others are the unintended consequences of efforts to smooth and speed up patient flow, reduce lengths of stay and meet targets.

Strengthening continuity of care is just one small part of a wider revolution needed to redesign hospitals to meet the needs of their core customers. But the good news is it is possible to take remedial action to mitigate problems and limit harm relatively quickly. Frontline clinical staff can improve their communication patients and carers with the support of their immediate managers. Here are three actions that will make an immediate difference:

Continuity of care for older hospital patients: a call for action