In the countdown to the Patient Safety Congress, we asked chief executives, medical directors and nursing directors in clinical commissioning groups what the big issues are. 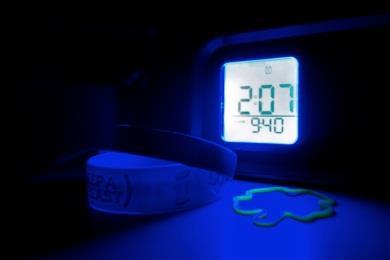 In our research to develop the agenda for this year’s Patient Safety Congress, to be hosted jointly by HSJ and Nursing Times on 6-7 July in Birmingham, we sought to determine the big issues shaping commissioning in an era of new models of care and ever tightening funding constraints.

We asked more than 50 chief executives, medical directors and nursing directors in clinical commissioning groups across the country what their three biggest concerns are. Here are the top three issues keeping commissioners awake at night:

It should come as no surprise that 100 per cent of those we interviewed said the main reason for their tossing and turning is a worrying lack of resource.

The task of maintaining quality with reduced resources and increasing demand from complex older patients seems daunting enough, so improving quality in those circumstances is another set of worries entirely.

More than 90 per cent of those we interviewed said they are keen to learn about the relationship between quality improvement and cost savings, leading our decision to commission The Business Case for Safety – an HSJ report to be launched at the Patient Safety Congress.

The core concern here is accurate reporting and data. To commission effectively, a whole system view is essential: tracing the patient journey across different services.

However, the data sets provided by different organisations are more often than not on incompatible systems, so gaining a fair view of a health economy as a whole seems an impossible task.

The secondary concern is a worry about the often strained relationship between providers and commissioners.

More than 60 per cent of commissioners describe feeling torn between acting as an advocate and as a local regulator.

Although they are trying to move away from a target culture that could ultimately prove harmful to patients, they often feel unsure of how to enable measured quality improvement.

More than 70 per cent of those we spoke to agree that the commissioning for quality and innovation payment framework goes some way towards incentivising good care.

But they nevertheless find it hard to avoid conflict with providers, making it difficult to work together to find sustainable solutions.

Recent reports suggest that as many as one in five care homes in England are failing to meet set national standards for safety and care, so it is no wonder that 54 per cent of those we spoke to worry about quality in primary care.

If that were not enough to fret about, 20 per cent of general practices have failed to meet Care Quality Commission standards so far. The consensus is that primary care is a dark space in terms of data and accurate reporting, largely because of a lack of “safety culture” that exists in acute care.

Commissioners worry that it might take a disaster on the scale of the Mid Staffordshire Foundation Trust scandal to shake primary care into taking urgent action. That said, more than 80 per cent of those concerned felt they did not know how to begin to foster leadership and safety culture in primary care.