Why 'Hudson moments' are great for improving patient safety

The immense training undergone by the Hero of the Hudson pilot offers valuable lessons for the NHS on preparation, writes Lord Ara Darzi

When US pilot Captain Chesley Sullenberger made his now famous emergency landing in New York’s Hudson river in 2009, saving the lives of the 155 passengers on board the aircraft, he attributed his feat to the hundreds of hours he had spent in training and on simulators preparing for emergencies. 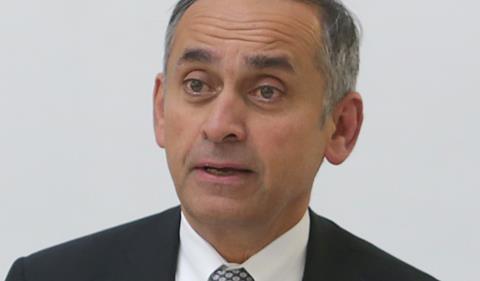 “Even though we had never trained for this [emergency], because I had such a well defined paradigm in my mind about how to solve any aviation emergency, I was able to impose that paradigm on this situation and turn it into a problem that I could solve,” he later said.

The 64-year-old pilot, who now uses his expertise and new-found celebrity to champion patient safety in healthcare, has described the critical skills of team communication, simulation-based training and documented checklists that helped bring the plane down safely that day after a flock of birds was sucked into the engines, causing both to fail.

Preparing for the unexpected is a key part of making surgery safer. But it is rarely enough. Sonal Arora, an academic clinical lecturer at St Mary’s Hospital, London and author of numerous studies on patient safety, described her own “Hudson river” moment.

“As a junior doctor I learnt how to take a patient’s appendix out, doing a planned operation at two o’clock in the afternoon when there were colleagues around who could help if anything went wrong. But the next time I did it on my own it was two o’clock in the morning. There was no one around and the patient started to bleed. What do you do?”

The answer was: convert the keyhole procedure to an open operation so that she could see what was going on. That is what she eventually did - but not before a few anxious minutes had elapsed.

Though a vital element in a surgeon’s training, this is a scenario that cannot be practised on a patient, for obvious reasons. It can be practised, however, on a simulator – a robot patient programmed to respond to medical interventions in ways that test trainee doctors’ skills.

St Mary’s, where I work, was the first hospital to establish a simulated operating theatre and the model is now being rolled out to other hospitals and has been adopted by the Royal College of Surgeons.

But while most use it to teach doctors how to operate - in the US surgeons must demonstrate their skills on a simulator by passing a “driving test” before they are let loose on patients - here at St Mary’s we have found simulators are even more valuable in teaching non-technical skills: communication, teamwork, leadership and decision making.

A key factor in the successful outcome of the Hudson landing was the seamless way in which Captain Sullenberger worked with his co-pilot and the rest of the crew in the three minutes they had to bring the plane down safely.

As in aviation, so in medicine. In the operating theatre, when things go wrong it is more often the non-technical aspects - a nurse who didn’t hear a request for extra blood, poor leadership, a mix-up over a drug or a wrongly identified patient - that turn out to be the cause of the catastrophe rather than the competence of the surgeon.

“A decade ago, a “never” event was met with a demand that the person responsible be identified and blamed. Now there is a wider recognition that the way to reduce errors is to tackle the system failures”

In 2014, a London wide review found there were 23 “never events” in hospitals in the capital – errors that should never happen, such as surgery carried out on the wrong patient. Most were attributable to basic failures in communication, teamwork and decision making. These are vital principles of patient safety, yet they are not often formally taught in medical school.

But things are changing. A decade ago, a “never” event was met with a demand that the person responsible be identified and blamed. Now there is a wider recognition that the way to reduce errors is to tackle the system failures that underlie them. The cry is no longer  “who is to blame? but “why did it happen?” And most importantly “how can we make sure we learn from this so it never happens again?” This reflects the wider switch in focus in the NHS from quantity to quality – instead of “let’s squeeze in one more case,” the new imperative is “let’s do it better”.

In North West London, hospitals have begun closing their operating theatres to routine cases for a day to free staff to attend patient safety training. The programme includes private hospitals, which suffer a significant loss of revenue as a result. The better prepared surgeons and their teams are for their “Hudson moment” - in the NHS and private sectors - the more likely their patients are to come through healed and unharmed.

Lord Darzi is a surgeon and director of the Institute of Global Health Innovation at Imperial College London. He was a Labour health minister from 2007-09.