The dangers of Labour's attempt to cut drug costs 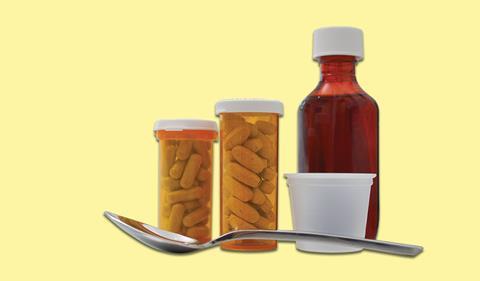 Labour Party health policy took a significant turn at its 2019 Conference. In particular it took aim at drug costs with two radical tactics. A future Labour government would:

In his conference speech Jeremy Corbyn used the example of Orkambiä; a new treatment for Cystic Fibrosis. In using this case he hits the nub of the real problem now facing health systems. The policy document is titled “Medicines for the Many”. It attacks profits earned by “Big Pharma” from incremental innovation, the impact of this on patent term extensions, and highlights the low cost of generic copies. In contrast, the case that Jeremy Corbyn selected highlights the new challenge of modern medicine. Orkambiä is not an incremental innovation, it is not for the many but for very few patients, the manufacturer is not a “Big Pharma” company, and producing a generic copy would be neither simple nor cheap.

The market for medicines has changed dramatically. Previously, incremental innovation had indeed been the norm. This is, of course, the norm for most technical progress, and is beneficial, playing an important part in market competition. The range of statins available is a prime example.

The medicines market is now a place of exciting innovation – but with a very high price. This has not come from “Big Pharma”, but from much smaller and more focused biotech investments, pursuing complex, precision treatments for target groups, often with a strong genetic component. Vertex, the maker of Orkambiä cited by Jeremy Corbyn has been working on a biotech cure for Cystic Fibrosis for the past 20 years. In the late 1990s they agreed to work with the Cystic Fibrosis Foundation (US) in partnership for a new treatment on this neglected condition. This was a major gamble for both, but from which both partners have now profited.

Even today, after launching several major products Vertex ranks only as the World’s 43rd global pharmaceutical company by sales. In the most recent year the business re-invested more than 40 per cent of revenues in further R&D; around double the industry average. When it was licensed in 2012 Kalydecoä was the first drug to treat the causes of CF, for less than 10 per cent of people with CF. Vertex finally moved into profit around two years ago.

The story behind the new biologic treatments for CF is typical of the sector: Substantial investment, substantial risk, substantial therapeutic advance, but very small patient populations.

If the plan to establish a state manufacturer, of compulsorily-licensed, or patent-expired medicines is to transform access to medicines in England, then it would have to target biologics. These copies are known as “biosimilars” because a direct generic is impossible for a biologic organism. The first biosimilar was licensed in 2006. The first biosimilar for a more complex monoclonal antibody was licensed in 2013.

The development, manufacture, and delivery of biologic treatments is completely different to traditional, synthetic pharmaceuticals. It is easy to copy a pill once you have details of the ingredients, and easy to switch production from one pill to another. The same is certainly not true of biologics. The technological demand is high, as is the risk of unacceptable variation within the production process. The process cannot simply be switched from producing an antibody for oncology to another for CF.

A state manufacturer able to be produce biosimilars to the required standard, across multiple therapeutic areas, would require an investment on a huge scale, with an uncertain outcome. Unlike the manufacturing of a generic, a biosimilar takes years to develop. Unlike the simplicity of generic licensing based on “essential similarity” to the originator, every biosimilar must be individually licensed: Variations in the manufacturing process matter as well as content.

It is important to keep pharmaceutical spending in context. Pharmaceuticals account for less than 12 per cent of total UK health spending according to OECD data. Specialist medicines for thousands of rare diseases certainly are consuming an increasing share of this and driving cost growth. The total, however, remains fairly stable.

Governments worldwide are struggling to find a new way of pricing the new wave of medicines and support biosimilars. But they try to do so without ending biotech innovation. Compulsory licensing and state copying may possibly achieve a price cut for current products, but would result in costly litigation under WTO rules on compensation, and act as a disincentive to future investment. Labour’s proposals are radical but risky.