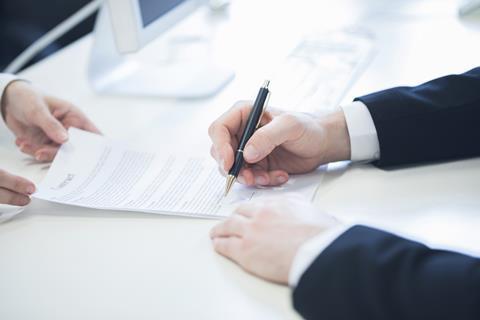 Government policy on Accountable Care Organisations remains confused and confusing. The Health Select Committee’s recent grilling of Simon Stevens and Stephen Barclay shed little light on critics’ concerns, while the relative responsibilities of the ACO and its commissioners remain murky, and subject to legal proceedings.

What is clear, however, is that ACOs will be responsible for deciding most of the issues that really matter to the public in the provision of health and care services. This will be even more the case if commissioning is on the basis of long term health outcomes. It will be ACOs which take the difficult decisions about thresholds for treatment that we know are currently pushing more and more patients to seek private treatment to avoid lengthening NHS waiting lists.

ACOs will also be hybrid providers of both health and care, and therefore, able to redefine various care packages and draw on both health and social care legislation to legitimise how they are to be funded. Simply spouting that healthcare will remain free is no reassurance at all; there are many services at the hospital/community interface that can be classed as either health or care, depending on who is providing them.

We could easily end up in a situation where it is in the financial interest of an ACO to progressively reduce care provided free from public funds, in favour of means tested care packages

Yet because ACOs are to be established by a commercial procurement process their legal form cannot be specified. They can be partnerships that include private health and care providers, and private insurance and property companies, which will make money from charging. We could easily end up in a situation where it is in the financial interest of an ACO to progressively reduce care provided free from public funds, in favour of means tested care packages.

The commercial partners within the ACO would no doubt step forward to fill the gaps so created with services and offers of insurance policies. This is not some fevered fantasy – look what is already happening in dental care. And just because Manchester and Dudley, the two frontrunner ACOs, are NHS based does not remove this threat for even the near future. Other vanguards make great play of their public private partnerships.

Nor does the recent assurance from David Hare, chief executive of NHS Partners Network, that private providers “are not expecting to be commissioned” to take on responsibility for running any ACO contracts “in the immediate future” address the real threat. And indeed, why should he?

The clear and present danger posed by the ACO model on offer is that it can import organisations focused on profit making into the heart of NHS decisions about who provides what, and at what cost to patients and families, and cement those arrangements in place for 10-15 years.

History doesn’t repeat itself but it often rhymes

The story of the Private Finance Initiative should make us pause and reflect. Originally sold as a pragmatic public-private partnership to build and run much needed hospitals, the recent National Audit Office report confirmed that not only has the NHS paid well over the odds for many projects and been fleeced on related services, including insurance and fees for external advisors, but now finds itself tied to long term service contracts that it can’t afford, but can’t afford to get out of.

This sorry history should surely convince us that if there are opportunities to profit from the NHS, they will be ingeniously and enthusiastically exploited by those whose priority is profits rather than public service. Yet the ACO contract will create these same irreversible long term opportunities.

It might make sense to seek fox advice on henhouse security, but not to put them in shared charge of the coop under a management agreement that cannot be reversed, even when chickens mysteriously start to go missing.

There is a simple way to deal with these concerns. ACOs should be set up as democratically accountable public bodies. Scotland and New Zealand have done this. The argument that legislation is impossible in the present climate has been used to justify introducing complex long term commercial contracts, with all their attendant dangers, as the only way out of the fragmented commercial morass that successive NHS Acts have created.

But at the recent Health Select Committee hearing, Labour MPs offered cross-party cooperation on simple legislation to block these dangerous loopholes. That both the minister for health and Simon Stevens ducked this offer may simply reflect a disintegrating policy on autopilot.

In the wake of Carillion and the PFI it seems scarcely believable that such long term contracts are seen as the answer to anything. The alternative of simple legislation needs to be vigorously pursued. ACOs are far too dangerous to introduce without water-tight safeguards.

Graham WinyardDr Graham Winyard is a public health physician who retired in 2007 after a career in senior posts in the NHS and Department of Health, including six years as Deputy Chief Medical Officer and Medical Director of the NHS in England.