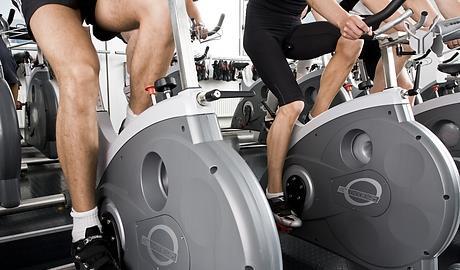 Do more than talk about prevention

After the spending review, Duncan Selbie set out his view of the cuts to the public health system.

He was right that the cuts are much less worse than they could have been. He presented the 9.6 per cent cuts to the public health budget as achievable, however. In the strict sense that 9.6 per cent can be saved, he is right, but is it cause for good cheer?

Some commentators mistakenly seem to believe these cuts can be delivered at something less than substantial and avoidable harm to health.

The case for prevention: Investing in public health

Mr Selbie is right when he says that evidence backs economic regeneration as a key driver of better health but evidence also shows that it’s not an equal driver for all. We need equalisers to ensure we succeed as an economy.

Local government provides many equalisers, from routes to employment to skills and infrastructure, all of them key to the public’s health.

A policy choice has been made by the government to pour more money into the NHS in the third big strategic attempt in a decade to sort it. Remember the 2005 patient-led NHS, Andrew Lansley and David Nicholson, which all came before Simon Stevens’ £8bn?

None of those predecessors achieved what they claimed they would.

The answer is to build a sustainable system

It’s great that Simon Stevens recognises public health and social care funding is still to be resolved, but public health funding was no safer in the NHS given frequent raids by finance to pay off provider deficits. The answer is not to protect the NHS, but to build a sustainable system.

The slow tsunami of rising demand, avoidable ill-health and disability is hitting us and will not go away without a different approach. Mr Stevens recognises that pumping more money into the system won’t work and he has articulated the need for a shift to prevention.

I don’t think, however, that his prevention narrative has yet been developed enough.

The narrative that prevention will save us money has reached almost totemic status in government policy. But how do we do prevention with reducing funding and policy choices which seem to directly contradict it?

If prevention is going to work, we need to do some serious talking to come to agreement. Here’s my roadmap.

It’s too late – to stem the current wave of demand with primary prevention – stopping undesirable things happening in the first place – alone. Primary prevention is still essential for long term sustainability and to stop people with one condition developing more, but the evidence base for this is often sparse; it’s not a sexy area to research.

We should divert research money from primary prevention to innovation, in things like assistive technology and troubled complex adults programmes.

‘We should divert research money from primary prevention to innovation’

We need a multitrack preventive approach. We must increase focus on secondary and tertiary prevention – reducing need by lessening the impacts of disease and disability – because need for health and social care is going to hit us hardest in the next 10 years.

Next, we need to articulate what we are trying to prevent and over what period. Avoidable disability is creeping up on us.

Long term obesity and inactivity, avoidable sight loss and musculoskeletal disease, variable quality in primary care disease management, lack of early intervention in mental health and allowing people with one long term condition to develop two or three for lack of simple, cheap interventions: these are significant and avoidable drivers of cost and we have enough evidence to act on them today.

Let’s abandon the conceit that return on investment is king. How many organisations have cashed a cheque from it? Service transformation and redesign, with outcomes across the system, not to one agency, is the game we all need to play. Each organisation needs to stop playing the game in its own interest.

We need a solid policy narrative with strong scientific leadership at national, regional and local level. What are we doing as a system to create that? The Treasury and Cipfa should be as central to this debate as public health experts.

We have two possible futures. In one, the NHS is still in deficit, money is still being poured in, and we now have an even worse burden of demand for health and social care caused by antibiotic resistance, obesity and inactivity-related disease and worsening mental health.

In the other, we have created a narrative for prevention, raised our ambition, worked as a system and managed to reduce avoidable demand for public services and build a culture of resilience, independence and healthy population.

The latter scenario is possible, but unless we shake off the chains of our present ways of working, the former is far more predictable.