40 years of wit and wisdom: Michael White retires from HSJ

After a 40-year association with HSJ, some final thoughts on health, history and my place in the ‘grey tsunami’

In that famous portrait of conservative Sicilian society under pressure, the hero of The Leopard wisely explains: “If we want things to stay as they are, things will have to change.” 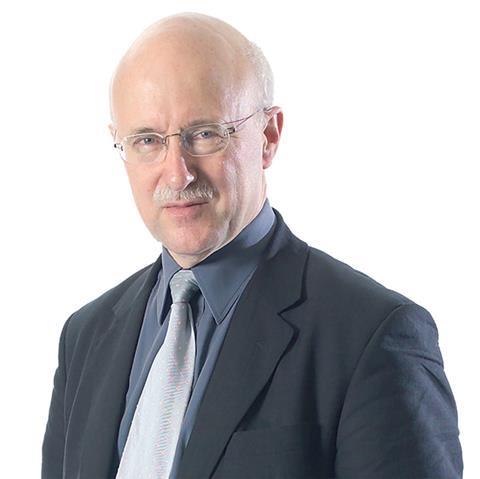 Writing my last HSJ column after a 40-year association I may risk annoying loyal readers by saying that I feel much the same about the NHS.

The service has constantly been obliged to innovate and adapt to fast-changing surroundings. For all Dr Cassandra’s predictions of imminent collapse its essentials stay as they were. More or less true to the founding principles of 1948, taxpayer funded and free at the point of use (and abuse), the recent BBC2 series Hospital showed how much there is still to be proud of.

More succinctly, the Tory writer AA Gill also captured its resilient spirit in November when he revealed both his “full English” cancer and that he had opted to die in Charing Cross hospital (I can see it as I type) rather than a “Harley Street trench” because of the “human connection”: his NHS nurse wept when he got another bad test result.

Sentimental? Yes. But being Gill he also noted how bad the system is in dealing with the old and dying, the most acute single challenge facing advanced healthcare systems everywhere, apart from poor-but-expensive lifestyle choices – drink, drugs, sugars, tobacco, fats and idleness – in many affluent societies. As in much else, politicians talk courage but lack the guts to confront big business and their voter customers.

How shocked the founding fathers of 1948 would be over obesity. They were naïve enough to think £400m (around 2 per cent of GDP) invested in the Beveridge/Bevan NHS would soon diminish as patients got healthier. At 0.3 per cent in 1914 it was 3 per cent by 1951 when Nye quit over “teeth and specs” charges, a fluctuating 5-6 per cent when Blair and Brown decided to match the EU health average of 8.5 per cent in 2000.

The US spends 17 per cent, much of it unfair and wasteful, but, as in Russia, mortality rates among the poor are rising. So money isn’t everything, that’s one thing I still believe. When I first wrote for HSJ as a Guardian Westminster reporter in 1977, gentle David Ennals was health and social services secretary (merged between 1969-88), succeeding fiery Barbara Castle, whom Jim Callaghan had sacked. Inflation was 15.8 per cent, the bombs were IRA, not IS, health unions were militant as only the BMA now is.

I always thought Barbara might have been Labour’s Margaret Thatcher, though Bernard Ingham who worked for (and admired) both once told me she was too impetuous and abrasive; Maggie was the superior politician. In any case, no heath secretary since Neville Chamberlain has become PM, though both Enoch Powell (who tackled the mental hospital scandal) and Ken (internal market) Clarke tried.

All three often make “NHS Top 10” lists, along with Labour reformers, Kenneth Robinson (1964-68) and Alan Milburn (1999-2003). Too much “top down” reorganisation, often as a substitute for too little money, has been the curse of the NHS. It never gets enough credit for expanding GP services and cutting back over-provision of locally popular hospitals and beds in response to new drugs, dazzling technological advances and changing social attitudes.

Do I regret not writing enough about race and gender challenges in the NHS? Yes, though I still feel that class, which encompasses both dimensions, is a more important determinant of careers as well as of greater longevity: dustmen now live longer than dukes once did, but dukes live even longer.

Do I regret not castigating bad PFI deals which cost the NHS too much? Yes. Someone should have the guts (not you, Mr Hunt) to restructure the most egregious scandals.

What I have never regretted is my insistence that leftwing “Save our NHS” worshippers and the health market lobby are both wrong, that the near monolithic NHS needs more diversity of provision and always has done. Most GPs are private contractors; teeth and specs are a mixed economy.

So are the Cinderella services of mental health and (means tested) elderly care, though you might not think so listening to Corbynite fundamentalists. It’s not “privatisation” any more than outsourcing some programmes has “privatised” the BBC. Properly regulated and managed, free at the point of use for all conditions that matter, the best of the NHS can usually call the private sector’s bluff.

But it will be tough and, in picking funding fights with Simon Stevens, the current crop of politicians are being unwise, as they are on Hard Brexit, which will hurt NHS staffing and much else. Staff skills and shortages will become acute. The promised “Great Debate” on the cost of social care needs to be launched with courage and persistence – and not stop there. Don’t hold your breath.

Family members have received mostly wonderful treatment, including the humbling miracle of IVF babies, two lovely grandchildren. As I edge metaphorically towards the bed at the end of the ward, part of global healthcare’s grey tsunami, one last use remains for all I have learned in my HSJ decades. Will I be coherent and honest enough to say: “Is this treatment worth the taxpayer’s money, doc? Or should you just send me home?”

Michael White is a former political editor of the Guardian, and first wrote for HSJ in 1977. He retired last year. Sort of.

40 years of wit and wisdom: Michael White retires from HSJ