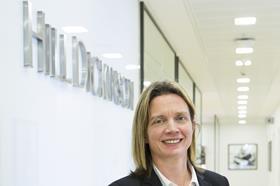 Alan Milburn explained that the reason why his legislation was required was to, “free the NHS from powers of direction that have been in place for umpteen years”. Andrew Lansley might just as easily have said the same as he sought to promote the autonomy of local health bodies.

Yet today, there is much comment on how foundation trusts’ freedoms seem to be eroding. Clinical commissioning groups – which are also meant to be free from central interference – are being made subjects of centrally approved sustainability and transformation plans.

What has happened to those much lauded freedoms?

One obvious answer is that the need for contingency planning in the NHS requires close working relationships between organisations at the local level, whatever legislation might suggest. These close working relationships allow organisations to collaborate and behave in ways quite distinct from the ways in which those crafting the legislation might imagine.

But this is not a sufficient answer. The NHS is a large and complex system, and decisions have been taken in the past where the gulf between the winners and losers is so great that the losers feel compelled to take refuge under the legislation that protects them.

So why not now? Why do providers, for example, seem to be so readily acquiescing to the demands of the centre to reduce their expenditure on administration – as the Carter review demands?

A further explanation is one which follows the money. Whenever the Department of Health makes a loan, it is free to attach conditions to that loan as any other lender might do.

At the present time, and with virtually every NHS organisation in financial distress, the DH is potentially able to exert influence as the “lender” over the financial matters of many parts of the NHS in quite comprehensive ways.

At times of financial distress in particular, responsibilities placed upon accounting officers can be invoked

But even if the DH was not the lender, it would still be able to exert influence through public spending controls that apply across the NHS and wider public sector.

It is fair to say that the spirit of both the 2003 and 2012 Acts seems long forgotten as the NHS faces up to the current financial pressures. Many of the decisions which are now being taken, however, do not simply “ignore” these bodies of legislation, but instead rely on other established mechanisms which guide the conduct of public bodies and the use of public money.

When debates on that future legislation happen, participants in it would do well to remember the experience of the 2003 and 2012 Acts

This may lead some – and perhaps even those health secretaries who piloted their legislation through Parliament – to question whether their investment in the legislative process, and the political capital it used up, was worth it.

But at some point, it is likely that a future health secretary will return to Parliament with yet more legislation – which might even seek to protect the NHS from “the powers of central control” once again. When debates on that future legislation happen, participants in it would do well to remember the experience of the 2003 and 2012 Acts, and consider what other rules and requirements might be governing the NHS – and particularly the potential reach of public spending controls which can always be applied at times of immense financial pressure.