NHS executives earning money from consultancy, advisory positions or honorariums will be expected to publicly declare them as interests in a new crackdown proposed by NHS England.

In a consultation document, published yesterday, NHS England set out proposals to increase transparency around potential conflicts of interest. These include declarations around an individual’s shareholdings, hospitality and gifts in excess of £25, family relationships and “loyalty interests” that may have an impact on their NHS employer. 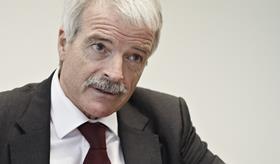 However, while NHS England’s proposals include a plan to force doctors to reveal their earnings from any private practice work, the document makes no similar demand on non-medical staff – who will need to declare their interests but not necessarily specific earnings.

A review led by NHS England chair Sir Malcolm Grant developed the proposals NHS organisations could be expected to meet, in a bid to increase transparency across the service.

NHS England said anonymised information about breaches and how they were dealt with “must be published in a prominent place on the organisation’s website”.

Ideas in the consultation document include:

The review group, which assessed existing practices, said: “Our evidence review found that publication regimes across the NHS differ. Some organisations do not publish any information on interests, and where organisations do the information often only covers only a small subset of very senior staff, and is often old or out of date. So there is a risk that current arrangements are not effective at delivering transparency.

“If there is inconsistency about which groups of staff need to declare interests, and when, this creates a risk that they cannot be effectively managed – leading to the potential for inappropriate conflict of interests. That is a significant problem for organisations and the staff who work with them, who could face sanctions if the right courses of action are not followed.

“Transparency is an important safeguard to ensure the probity of decision making in public service. Successive governments have pursued a transparency agenda in an attempt to make available more information about how public service organisations are performing, and how they are making use of taxpayers’ money.”