Senior leaders in the NHS have believed owning up to mistakes was not the right thing to do for too long, the new health service ombudsman has told HSJ.

Rob Behrens, the new head of the Parliamentary and Health Service Ombudsman, warned that the NHS was still too defensive about mistakes and that it failed to invest in proper complaint handling. 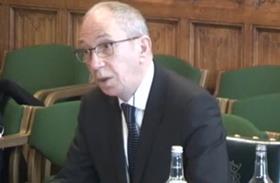 ‘This is a big issue and I don’t have easy answers,’ said Rob Behrens

In a bid to show that the PHSO was willing to help the NHS, Mr Behrens said it would offer training to NHS staff next year on how to better handle complaints. He also promised no “negative press releases” but instead there would be constructive criticism and sharing good practice.

Mr Behrens said: “We have a very defensive NHS culture. We have complaints handlers in the NHS who don’t have the skills or the authority or seniority to do their job to the best of their ability, and we have an absence of flexible resolution techniques to deal with issues. These things will need to change.

“This is a big issue and I don’t have easy answers but I think one of the problems for the NHS has been a senior management view that to own up to a mistake is not a good thing to do. I don’t think the real world is like that.

“No one is saying the NHS is not a prized national asset; no one is saying that professionals don’t make mistakes, and I think with greater confidence and with a more supportive collegiate environment it is possible to create a culture in which you can deal with complaints in a less defensive way.”

He said trusts needed to understand that the PHSO was “not gunning for them” but wanted to provide redress for people unfairly treated. He added: “It is not about trying to rubbish organisations. We need to talk to people to explain that and to encourage them to take a more transparent view of these things.”

Mr Behrens said neither the NHS nor the PHSO used mediation and early resolution actions to deal with complaints, which he wanted to see introduced.

He added: “In order to contribute to the development of complaints handling in the NHS, through our strategic plan, which will come out in March 2018, for the next three years we will offer a limited capacity to complaint handlers in the NHS to uplift their skills and to demonstrate good practice to them so they can use it in their own organisations.

“It’s not nailed down yet. There’s a lot to discuss because we can’t do it on our own. What we want to do is to provide a limited amount of that training so that other people could copy it and use it themselves. I think we have the knowledge, commitment and skills to kickstart something important and that’s what I want to put on the table.”

Mr Behrens accepted that in the past the PHSO had not offered as much practical advice and examples of good practice as it could.

He said: “You won’t see any negative press releases from me. You will find me to be endlessly constructive in the context that there are examples of maladministration and poor service that have to be addressed, and I know that from talking to and looking at cases personally where things have happened that should not have happened. We won’t shy away from that but we will balance that with examples of good practice so that people can understand and take pride in things when they go well.”