Sir Mike Richards has insisted the Care Quality Commission does not have the power to force trusts to dismiss directors under the fit and proper persons regulations.

The chief inspector of hospitals also said the regulator has faced “unfair criticism” of its approach to the regulations. 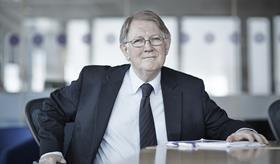 Sir Mike told HSJ: “That is not what we have been charged to do through the regulations. We have been charged to oversee whether trusts are applying the FPP regulation. Our powers are about imposing conditions if we don’t think they have done a thorough and reasonable assessment of the fitness… that is different to asking to remove a director.”

He added that it is the trust’s “responsibility to assure themselves that the director is fit for the role… it is not [the CQC] judging whether an individual it fit and proper”.

The CQC admitted “there are concerns about how [the FPP test] is being applied”.

Since the introduction of the regulation in November 2014, there have been high profile examples at trusts, such as St George’s University Hospital and Royal Devon and Exeter, when chief executives stood down shortly after their appointment. St George’s also released a letter showing that in February, the CQC confirmed it was satisfied with the trust’s FPP assessment following a complaint about then interim chief operating officer Paula Vasco-Knight. She was suspended in May while acting chief executive after unconnected allegations came to light.

Although the CQC cannot prosecute trusts for breaches of the FPP regulations, it can impose all of its other regulatory actions. These include issuing warning notices and conditions for continued registration of providers, as well as making robust recommendations in inspection reports.

While the CQC denied it judged the fitness of a trust’s employee, Sir Mike said where a concern has been raised the regulator will assess the evidence a trust has collected about the fitness of a director. He said: “If we thought [the trust had] come to a completely perverse judgement we would go back to them… until such time that the assessment is thorough, or then we would impose a warning notice or a condition.”

CQC engagement director Chris Day said in “an extreme case”, if a trust decided to continue employing an unfit director, the CQC “would pursue that until we got a satisfactory conclusion”, but added “it is not about imposing a condition”.

The different interpretations of whether the CQC makes an assessment of the fitness of a director or not is further muddied by its own enforcement policy. It says: “We may also hold individuals to account by ensuring they are not employed in a role they are not fit for.”

When asked for clarification, a Department of Health spokeswoman appeared to further contradict the CQC’s position. She said: “The CQC has the powers to assess whether both executive and non-executive directors are fit to carry out their role and whether providers have put in place adequate and appropriate processes to ensure this is the case.”

She said the DH agreed with the CQC that the FPP regulations “do not give CQC the power to remove a director, but CQC could place conditions on a provider limiting what services it can deliver until such time that a breach of the fit and proper person regulation was corrected”.

Sir Mike’s comments were made as the CQC is reviewing the FPP test to ensure it is as “effective as possible”. The review launched last month and will take “months”, however no end date has been given. It will consider how best to handle initial complaints, how to track and monitor trusts’ actions, and whether the regulatory wording of “serious mismanagement” needs to be clearly defined.

The CQC said it would share its review with the DH, which will have the responsibility to decide whether “wording or regulations need to change or whether fresh legislation is warranted”. The CQC did not want to “prejudge” the outcome of the review, but the DH spokeswoman said it was “not considering changes to the legislation”.