“Safe space” proposals could worsen relationships between patients and the NHS

Whilst protecting staff from inappropriate actions from bad employers is a good thing, preventing patients/families from knowing the full truth would have serious unintended consequences, writes Peter Walsh 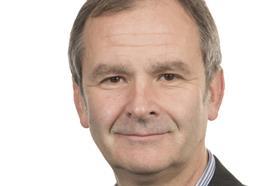 You could be forgiven for not realising that the Department of Health is currently consulting on controversial proposals that could turn the relationship between patients and the NHS on its head.

The consultation was published quietly and there has been relatively little publicity about it. The proposals are contained in the consultation a ‘safe space’ in healthcare safety investigations”.

The deadline for responses is 16th December. The reason that it is so controversial is that it is proposed that a so-called ‘safe space’ is created for any patient safety investigations, not just the new national Healthcare Safety Investigation Branch (HSIB), but also local investigations by NHS trusts about their own incidents.

Evidence gathered by the investigation would be legally protected from disclosure to other organisations and even from the very patients/families whose treatment is the subject of investigation, so as to give those giving evidence more confidence that they can do so without inappropriate or disproportionate blame.

Whilst most would agree that supporting and protecting staff from inappropriate actions from bad employers or over-zealous regulators is a good thing for them, for patients and patient safety, preventing patients/families from knowing the full truth would be a change of truly seismic proportions and would have serious unintended consequences.

There is an expectation that when it comes to patients’ treatment that the spirit of the phrase “nothing about me without me” will be honoured - especially when something goes wrong and causes harm.

In November 2014 the Government brought in the statutory Duty of Candour which mandates full openness with patients/families when significant harm is thought to have been caused. This was hailed as being one of the biggest advances in patients’ rights and patient safety in the history of the NHS.

If the ‘safe space’ proposals on non-disclosure are applied to patients/families whose treatment is the subject of investigation (as is being considered), this would make a mockery of the Duty of Candour and existing guidance such as the Serious Incident Framework, both of which require explanation of what is known as soon as possible and allow for full involvement of the patient/family in the investigation itself.

There is an expectation that when it comes to patients’ treatment that the spirit of the phrase “nothing about me without me” will be honoured - especially when something goes wrong and causes harm.

More than that, if the arrangement applied to local investigations as well as the HSIB it would mean that in every incident which is the subject of investigation the patient or family would have to accept that they may never see the full truth about what the investigation found.

That would be deeply harmful to the relationship of trust that should exist and still generally does between patients/families and health professionals and the NHS.

An unintended consequence of this would be that far more people may decide to initiate legal action earlier so as to avoid the ‘safe space’ getting in the way of full disclosure. That would be highly ironic, as I suspect that it is the Department of Health’s desire to clamp down on the cost of clinical negligence claims that is behind the idea of protecting evidence from the sight of patients/families.

Certainly, as far as health professionals are concerned (and I have spoken to many of them about this), whilst they may want protection from bad employers and inappropriate regulatory action, they do not condone covering up the facts from patients.

Our experience, also borne out by the NHS Litigation Authority, is that legal action may indeed be avoided if there is full and open disclosure with the patient/family.

Action against Medical Accidents is not alone in holding the view that these current proposals are dangerous and inappropriate. There is an argument that a truly independent and expert investigatory body like the HSIB should have some discretion to withhold original evidential documents like statements or transcripts from publication or disclosure to other organisations.

“Relevant” information could conceivably be a factual account of the evidence received about their treatment and findings but not the original documents, or could have names redacted.

Very significantly, the expert advisory group advising Department of Health on HSIB recommended that all relevant information ‘must’ be shared with patients/families, notwithstanding this.

“Relevant” information could conceivably be a factual account of the evidence received about their treatment and findings but not the original documents, or could have names redacted.

However, Keith Conradi, the chief executive of HSIB agrees that extending ‘safe space’ arrangements to local investigations is wholly inappropriate. As well as the local NHS lacking the expertise to conduct good quality safety investigations, there is an obvious conflict of interest in the organisation investigating itself being able to withhold relevant information.

Patient safety investigators and experts such as Professor Brian Toft OBE have called for the proposals to be dropped. However, Jeremy Hunt himself has shown a keenness to press ahead with the ‘safe space’ proposals in spite of the widespread criticism and his own track record in championing openness, transparency and the Duty of Candour.

That is why I implore anyone who is passionate about patient safety, patients’ rights, and the historical relationship between health professionals, the NHS and patients to respond to the consultation and persuade him not too.

Peter Walsh is chief executive of Action against Medical Accidents