The parties’ dividing lines on health and care

There is some surprising agreement amongst the three major English parties when it comes to the NHS. But once you move away from the core of acute and primary care  there are stark differences too, argues Sally Warren. 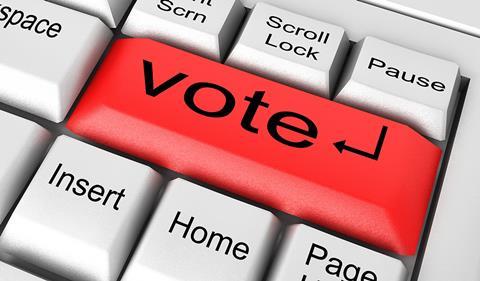 Those of us who work in the sector, might think that health and care has been a major feature in the campaign to date.

There have certainly been lots of slogans and so-called “retail offers” (see free car parking and free prescriptions). And there has been a lot of noise about the threat of privatisation, the impact of a post-Brexit trade deal with the US and recruiting more staff.

But if we listen to the pollsters who examine what the general public are hearing, it’s a very different story. At a recent election event at The King’s Fund, Anastasia Knox from Britain Thinks brought a room of health and care folk back down to earth. The only message with any real cut through is “Get Brexit Done”. On NHS issues, only 12 per cent of the public remembered hearing anything at all about NHS nurses in the previous week, and a mere 2 per cent about the NHS and trade deals.

Beneath the slogans and rhetoric, there is some surprising agreement amongst the three major English parties when it comes to the NHS. The Conservatives, Labour and Lib Dems have all committed additional cash for front-line services funded through NHS England’s budget, and whilst the amounts vary, the differences are not dramatic (although they become more dramatic once funding for public health, workforce training and capital investment – which lie outside the NHS ring-fence – is included).

The three parties agree on the need for capital spending and see a need to tackle the NHS workforce crisis, with concrete steps to improve training numbers and attempt to stop the flow of people leaving the sector. Given the NHS Confederation said that workforce and capital were in the top three concerns of senior leaders in the sector, it is at least positive to see agreement that change is needed, and some action committed to.

But it’s not all consensus and agreement. The further you move away from the core of NHS acute and primary care service delivery, the more dividing lines between parties become apparent and we see political dogma winning out over what patients really need.

On population health, Labour and the Liberal Democrats offer a much more comprehensive vision, both in terms of funding for core public health services and, critically, in focusing on the wider determinants of health and taking action using the full range of government levers. Beyond warm words about improving healthy life expectancy and tackling obesity, measures on public health are conspicuous by their absence from the Conservative manifesto.

On social care, the differences are even more stark. The Conservatives offer neither enough short-term cash, nor a vision for long-term reform, just a potential route to reach such a vision (ie cross-party talks). The Liberal Democrats offer short-term money, but more talking on reform. Only Labour offer both a serious cash injection and definitive reform option. Here, the 2017 election has cast a long shadow over the Conservatives.

On NHS reform, the Conservatives and Liberal Democrats adopt an incremental approach to change, whilst Labour go big with a pledge to repeal the 2012 Act and a focus on reversing the role of the private sector. They haven’t spelt out what they intend to replace the Act with, but if the 2012 reforms were so large they could be seen from space, these changes risk being noticeable from the far end of the galaxy.

The polls are pointing to either a Conservative majority or hung parliament, and whilst we have learnt to be cautious about polls, psephology experts like John Curtice at the University of Strathclyde have predicted that Labour has a “close to zero” chance of winning a majority.

If this is right, what should we expect? A Conservative-led government could provide some welcome continuity for the NHS. The party backs the NHS long-term plan, has committed to funding increases, some capital investment and measures to tackle the workforce crisis. The logical consequence of the Conservative manifesto is a strong focus on NHS service delivery, but much less emphasis on population health and social care.

The party’s stance on social care remains unclear, as too are its plans for public health. The government that introduced the sugary drinks levy has shied away from any similar measures in its manifesto. Boris Johnson has made no secret of his dislike of “sin taxes”, yet Matt Hancock is believed to be more enthusiastic about state intervention to improve the public’s health. This reflects differences of opinion amongst Conservatives that have occasionally played out in public.

A hung parliament would mean that the sharper edges of some of the political dogma in the manifestos gets smoothed out, potentially working to the favour of the NHS. It’s hard to see the full-scale repeal of the 2012 Act surviving the hazards of coalition negotiations or a Labour-led minority administration, for example.

With any shape of government, there will huge expectations on the NHS “to deliver”. The system will continue to get the bulk of public spending growth, and therefore political leaders will expect to see returns from that. And fast. But any government will struggle to square the pace of improvement they want to see with the reality on the ground that it will take years to overcome some workforce shortages.

The first few days and weeks of the new Parliament will see frantic release of a whole host of things from the purdah cage – the NHS LTP implementation plan, the operational planning guidance, the allocation of the public health grant and the NHS People Plan.

Brexit will be the immediate focus of whoever enters 10 Downing St on Friday, 13 December. But with NHS performance figures due out that same day, and all the signs pointing towards a torrid winter for the service, whoever forms the next government will find it hard to ignore health and care for long.