Rather than using legislation to create new structures from the top down, this time legislation would be changing rules and regulations around already established organisations, writes Thomas Cawston 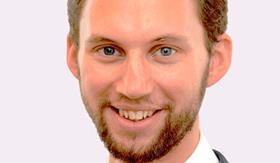 When the dust settled on the Health and Social Care Act it was a fair assumption that we would not see another restructure of the NHS for a very, very long time.

The bruising process of getting the bill on the statute books exhausted the Cameron government’s appetite for public sector reform and “retoxified” the Conservatives’ NHS brand.

Implementing the biggest shake up of the NHS in the history of the service distracted from the urgency of the Nicholson challenge, while the alphabet soup of new organisations created by the act brought confusion and uncertainty for those on the front line.

There have been few defenders of the Lansley reforms yet ever since there has been widespread opposition to further structural change.

But less than five years on momentum is building for another attempt to reorder the structures of the NHS. From both top and bottom there is pressure for new legislation to improve decision making in the NHS.

What was initially a temporary framework to manage tight finances and accelerate the Forward View, Sustainability and Transformation Plans are fast becoming the permanent infrastructure of the system.

Think tanks ranging from the King’s Fund to Reform are calling for the STP footprints to be given more clout in the health economies they are meant to oversee.

If new legislation could simplify the system for reformers in the NHS, it might also be essential for the government to meet its objectives.

In recent evidence to the health select committee Simon Stevens claimed that some STPs will “effectively end the purchaser provider split”. The move to Accountable Care Organisations, so far driven despite the incentives and structures created by the Lansley Act, might soon create grid lock in a system designed to promote provider and commissioner autonomy.

If it’s now curtains for the purchaser provider split, the split in purchaser and provider regulation surely has to follow. Mixed signals from the centre has long been a source of frustration. But if the NHS is heading back to the future with ACOs there will be real need for integrated performance management at a national level.

The durability of the duopoly between NHS England and NHS Improvement looks even more in doubt with Ed Smith’s decision to leave, and Jim Mackey’s departure soon after. The time for a merger might be sooner rather than later.

If new legislation could simplify the system for reformers in the NHS, it might also be essential for the government to meet its objectives. While the scars of the Health and Social Care Act ran deep in team Cameron, team May is looking decidedly less squeamish.

Recent tensions between Simon Stevens and the new PM reveal disquiet in the government about the Lansley settlement. Despite their desire to hold the system to account for efficiency and improvement looking into the endless vortex of the multitiered system it is not clear to the new Government who is really in charge.

If it’s now curtains for the purchaser provider split, the split in purchaser and provider regulation surely has to follow.

On entering Downing Street the PM would have discovered few levers at her disposal to determine priorities and deliver change in the health service. In the absence of any opposition in Parliament the government would be pushing against an open door if they wanted a change in the NHS rule book.

The stars are now aligning for a new Health and Care Act and this time there is reason to be confident. The principle lesson of past reorganisations appears to have been learnt.

Rather than using legislation to create new structures from the top down, this time legislation would be changing rules and regulations around already established organisations.

The Lansley reforms, first devised in 2007, were based on a different era of health system management with different priorities and budget expectations. Today legislation might be trying to pre-empt the new direction of the system.

In 2010 the government spent little time building a case for change before swinging into action with the Equity and Excellence white paper. Today the “need” for some sort of health reform appears to be better understood in public and Parliament.

Of course it would not all be plain sailing for new NHS legislation. Past experience shows that even the very best changes in national policy distract local leaders from delivering change for patients.

What was initially a temporary framework to manage tight finances and accelerate the Forward View, STPs are fast becoming the permanent infrastructure of the system.

The STP process itself might be guilty of creating a mini hiatus in service reform with local leaders trapped in a never ending planning cycle. Yet the bigger question is not if but when.

There might be common cause for change, but for those in the NHS and those in government there will be different priorities in any restructure.

If legislation to simplify the system can wait until after 2020 a returned Tory government with an enhanced mandate will be able to reshape the system as they see fit.

However if delivery of the Forward View rests on a different structure of incentives and national leadership a new Health Act is more likely to entrench Simon Stevens’ vision for the health service.

Thomas Cawston is head of health policy at Hanover Communications