Hospital turnarounds offer a glimmer of light amid NHS gloom 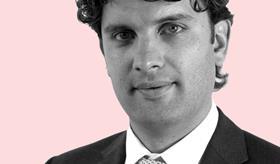 This winter has not been a happy one for the NHS. Stories about overflowing hospitals and crowded A&Es have competed for attention with rows over (under) funding and clashes between Number 10 and NHS leaders. Few would dispute that the provider sector is in trouble.

Squeezed by controls on staffing expenditure, a social care sector in crisis and higher levels of demand than ever, many hospitals appear to be closer to falling over than making strides forward.

Yet in amongst the gloom and doom, there have been some important success stories and they should be celebrated.

When Cambridge University Hospitals was put into special measures there was a huge row. Critics argued that it was either evidence of the unfairness of the Care Quality Commission or the impossibility of delivering high standards in the NHS (or both).

The initial reaction of many in the trust was one of defensiveness or downright hostility. Yet this appears to have changed. One clinician described the CQC report as “a wake up call” and staff at the trust have responded.

At a time of austerity, a quality inspection process is probably also an important check to financial pressures undermining patient care.

The trust has been reinspected and found to be “Good.’ Few with experience of Cambridge would take issue with the finding that the hospital is now delivering better care and management processes are working more effectively.

Many will view Cambridge as an aberration – an institution that aspires to be world-leading, slipped but is now back on track, finances permitting. The real test of improvement comes at the other of the reputation spectrum.

Step forward University Hospitals of Morecambe Bay. A name synonymous with scandal, the trust has many of the characteristics associated with failure: a deprived population in a rural area, recruitment difficulties and dispersed sites with little in common beyond the name on the sign, few offered much hope of a turnaround.

Yet this is exactly what the CQC has found.

Back in 2014, the CQC found a shambolic state of affairs. The scandal in maternity services may have been the most infamous example of failure, but things were little better elsewhere in the trust. Ward 39, for example, had insufficient staff to provide appropriate and safe care, resulting in an improvement notice being issued.

Since then a concerted effort has been made to improve matters, with a new approach to leadership and culture, which appears to have paid off. The Trust is now rated as ‘Good.’

As well as praising the leadership and culture at the trust, inspectors noted the extent of cross-Bay working between the three different sites, as well as the consistency in quality between sites and different specialisms.

It is the staff at the trusts who have delivered the change and they deserve to be congratulated for it, but it would be churlish to deny that the inspection process has been a catalyst.

General medicine, surgery, critical care, maternity, outpatients, children’s services, imaging and end of life care all perform well. There is still some way to go – notably in A&E – but those involved in the inspection have described the change as remarkable.

The CQC’s inspection approach has been controversial (just read the comments under HSJ articles). Critics have argued that it is expensive, unsustainable and fails to spur improvement. Its proponents – notably Jeremy Hunt – counter that holding up a mirror to hospitals on quality is a vital part of helping trusts turn themselves around.

At a time of austerity, a quality inspection process is probably also an important check to financial pressures undermining patient care.

As Sir Mike Richards prepares to retire as chief inspector of hospitals and the first wave of inspection draws to a close, these turnarounds offer an important insight into what can be achieved, even when financial pressure is immense.

It is the staff at the trusts who have delivered the change and they deserve to be congratulated for it, but it would be churlish to deny that the inspection process has been a catalyst.

There are several big tests coming for the inspection process.

Firstly, the financial context for hospitals continues to worsen and the impact of draconian restrictions imposed in last summer’s ‘reset’ are only just being felt.

The CQC has warned that social care is at a ‘tipping point’ with potentially far reaching consequences. Sir Mike Richards has also called for an injection of cash for the NHS. Although quality and efficiency can and should co-exist, worsening finances will make it more challenging to maintain standards.

Secondly, the CQC will miss Sir Mike’s quiet blend of diplomacy and authority (any organisation would).

Finally, the CQC will need to plan how its influence will ensure beyond Jeremy Hunt’s time in Richmond House.

These are undoubtedly big challenges, but considering how they will be met should not detract from the celebration of impressive turnarounds that will deliver important benefits to patients and staff alike.