The junior doctors’ strikes mean a loss of elective activity and a rise in waiting times. But don’t go blaming them for the continued breach of “18 weeks”, says Rob Findlay 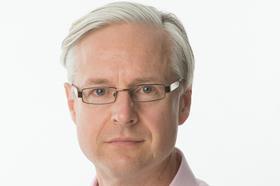 The September strike may have been postponed, but the prospect of industrial action by junior doctors still hangs over the NHS. The question often asked is “what impact will it have?”, and you could be forgiven for being confused about the answer.

Mr Hunt predicted the five days of strikes would “cause misery” for patients, with 100,000 operations and one million hospital appointments postponed.

Chris Hopson, chief executive of NHS Providers, said the (20 days of) strikes were “equivalent to half a million - 500,000 - cancelled operations and four million lost outpatient appointments”.

Dr McCourt said she would ask the BMA council to endorse a five-day all-out strike once a month for the rest of the year. Were that to take place it is estimated that around a million out-patient appointments and 250,000 operations would be cancelled.

Health secretary Jeremy Hunt said up to 100,000 operations and 1 million appointments could be postponed by the first week of action.

All different, and (I think) all wrong.

Working through the figures, and sticking with the original 20 days of strikes quoted, I reckon the strikes will give us a long-term waiting list that is over 300,000 patients larger than it would have been otherwise

It isn’t just that the numbers vary, there is also confusion about whether they apply to five days or 20 days of strikes. But I think the Guardian got it right, and they helpfully explained how the Department of Health worked out the numbers that everyone is trying to quote:

”The action on 26 and 27 April saw around 13,000 operations and 113,000 outpatient appointments cancelled. Extrapolating those figures over five days and then multiplying by four to account for the strikes planned each month until the end of the year, the Department of Health is predicting that up to 125,000 operations and over 1 million outpatient appointments could be cancelled as a consequence of the latest wave of walkouts.”

Now that we know how many cancellations to expect, we can look at the likely impact. As the Secretary of State for Health told the Commons, these cancellations ”will inevitably have an impact on our ability to hit the vital “18 weeks” performance standard”.

Which is true, but this is not the whole story. So in the interests of heading off any emerging excuses about why the 18 week target is being breached, let’s dig a little deeper into what is happening.

The first thing to say is that the English NHS started breaching the “18 weeks” target last year, and that cannot be blamed on the junior doctors’ strikes.

The NHS is meant to be returning to the 18 week waiting time target by the end of March 2017, and has agreed local trajectories for doing so. But unless there is a large correction of the longstanding imbalance between activity and demand, I don’t think the NHS can do it (even without the strikes). So the blame for missing “18 weeks” at the end of March 2017 cannot be pinned entirely on the strikes either.

But obviously there will be some effect - a long series of strikes between 8am and 5pm on weekdays is going to hit squarely at elective activity, and that will push up waiting times.

There will be an immediate short-term impact on those patients who are cancelled as a direct result of the strikes - they will be the worst affected. And there will also be a longer-term rise in waiting times for routine (i.e. non-urgent) patients generally, simply because the queue will be longer.

The English waiting list is already growing quite rapidly year on year. The proposed 20 days of strikes correspond to something like an additional 14 months of trend growth

Working through the figures, and sticking with the original 20 days of strikes quoted, I reckon the strikes will give us a long-term waiting list that is over 300,000 patients larger than it would have been otherwise.

It is also worth remembering that the English waiting list is already growing quite rapidly year on year. The proposed 20 days of strikes correspond to something like an additional 14 months of trend growth. So in that sense they are accelerating the inevitable, rather than causing something new.

So I think it all adds up to this. Yes, the strikes mean that routine waiting times will typically be a week or two longer than they would have been otherwise. But no, they are not the reason for 18 weeks being breached in the first place, nor the main reason why they will continue to be breached in the future.

When it comes to waiting times, the biggest problem is not the prospect of strikes but the fact that the English NHS is not keeping up with the demand for elective healthcare.

(If you want to see the calculations behind this analysis, you can download a spreadsheet here)

Dr Rob Findlay is director of Gooroo Ltd, who specialise in NHS demand and capacity planning and waiting times.

Eventually, long term problems always end up needing long term solutions. So Gooroo have put together three practical things you can do to treat more patients for less money, without storing up bigger problems for the future. You can download it for free at gooroo.co.uk/NHS/savings-guide