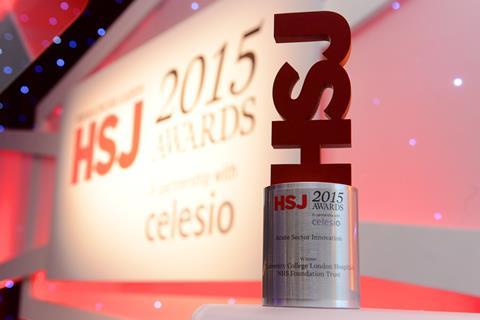 Individuals and organisations have until midnight to put themselves forward for the most sought after accolades in British healthcare, which celebrate and showcase the finest achievements in the health service.

There are 23 categories to enter this year, including CCG of the year, provider trust of the year, patient safety, chief executive of the year and prizes for innovation and use of technology.

Every year, HSJ Awards winners have said that the recognition has given a huge boost to their teams and organisations. They say it has enhanced their projects, raised morale and helped with securing backing and finance. The awards highlight examples of outstanding practice and innovation that help to safeguard and improve patient care.

The winners will be announced at a ceremony at a new venue, the InterContinental O2 in London.