Revealed: Hundreds of children wait more than a year for specialist help

Hundreds of young people assessed as needing specialist mental health treatment have been made to wait more than a year, an investigation by HSJ can reveal.

The true numbers waiting could be much higher, as only 33 out of the 50 trusts approached by HSJ responded to FOI requests with data for 2017-18. 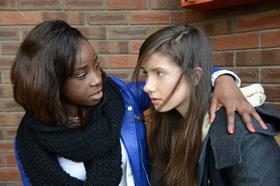 HSJ has also exposed a widespread lack of knowledge about the scale of waits for mental health services with the vast majority of clinical commissioning groups and a small number of mental health trusts saying they did not know how many youngsters were waiting for assessment and treatment or how long they had to wait.

HSJ’s Freedom of Information requests asked trusts and CCGs for the number of children and young people assessed as needing Tier 3 CAMHS treatment and the length of time they were waiting to access treatment since their original referral.

Policy director at the charity YoungMinds Marc Bush told HSJ many youngsters were facing “unacceptable” waits and parents did not know where to turn to get help for their children.

He added: “Our research revealed only 9 per cent of young people found it easy to get support, with many facing unacceptable waits as well as reporting barriers at every step of the way, from being referred right through to receiving treatment.”

Trusts with the longest waits

Three mental health trusts had the highest number of children waiting more than a year for treatment:

NHS England has pledged to increase the number accessing CAMHS by 70,000 by 2020-21 as part of the Mental Health Forward View.

The government announced it will invest £50m to trial a new four week access target for CAMHS.

But Dr Bush said the plans, which will be piloted at between 10 and 20 “trailblazer sites”, will not help young people who need support now.

He added: “It’s vital the government commits to a new funding settlement, which will ensure it can properly meet the scale of the need.

“While it is positive the performance of providers is becoming more visible, it’s also crucial all providers and commissioners record how long young people are waiting to access assessments and treatments from their services, so they can work to improve waiting times and match their provision to the demand.”

Responding to HSJ’s investigation, an NHS England spokesman said: “The NHS is only halfway through an ambitious programme of transformation where access to mental health services will significantly expand by 2021 and an additional 70,000 children and young people will have receive evidence based treatment.

“Achieving these aims will take time, but will represent a huge jump forward after decades of underinvestment and the NHS long term plan will set out further priorities in the future.”

*These are approximate figures