The NHS must not let current pressures jeopardise the cancer strategy

Rise in cancelled operations shows cancer services are not immune to NHS pressures, but alliances have the potential to overcome barriers of funding and workforce constraints, writes Duleep Allirajah 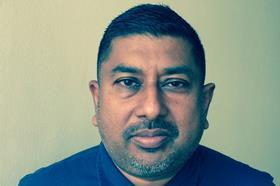 It is becoming apparent that 2017 will be a pivotal year for the Five Year Forward View.

The NHS faces what the King’s Fund has described as an ‘epic struggle’ to sustain current services while at the same time trying to transform how care is delivered.

Unfortunately, for many of the same reasons, this year may also be make-or-break for the cancer strategy.

As our society ages and fewer people die of other causes, cancer is becoming increasingly common; among the generations in the UK born after 1960, one in two of us can now expect to be diagnosed with some form of cancer in our lifetime.

However, improvements in diagnosing and treating the disease mean that more people are surviving or living longer with cancer than ever before.

Whilst these recent improvements in cancer care and survival rates are to be celebrated, a growing cancer population does place the NHS under rising pressure as demand for existing services increases.

Surviving cancer does not necessarily mean living well, and many people need ongoing treatment and support long after initial treatment ends. Demand, therefore, is not just rising but changing.

People affected by cancer need new and different services, not only to bring new technologies to the frontline, but to support people to live as well as possible after treatment.

Meeting this challenge was the aim of the Independent Cancer Taskforce’s 2015 report, Achieving world-class cancer outcomes, which sets out a vision for how the NHS in England can address the changing story of cancer.

But in the current climate, it is becoming increasing clear that cancer services are not immune to general pressure on the NHS, and implementation of a major strategy is a tough task during a period of unprecedented operational pressure.

As the Royal College of Surgeons highlighted last month, growing numbers of cancer operations are being cancelled at the last minute for non-clinical reasons. And in 2016, almost 25,000 people in England had to wait longer than 62 days to start their cancer treatment as the waiting time target was breached for the third year running.

Against this backdrop, it is no surprise that local NHS leaders show mixed confidence in the NHS’s ability to deliver the cancer strategy in the current climate.

Macmillan’s report on challenges to delivering the cancer strategy – Warning Signs – draws on surveys of senior managers and clinicians in provider trusts and clinical commissioning groups, as well as our own Macmillan GPs.

A slim majority were optimistic that progress could be made towards earlier diagnosis, improved patient experience, and better support services after initial treatment ends. This is good news, and shows that some important progress may still be possible.

But in other areas, such as preventing more cases of cancer, GPs and local NHS leaders were far more sceptical.

Surviving cancer does not necessarily mean living well, and many people need ongoing treatment and support long after initial treatment ends. Demand, therefore, is not just rising but changing.

It should come as no surprise that funding and workforce constraints ranked as the top two barriers to implementing the cancer strategy.

Although NHS England’s announcement in December of funding for the cancer programme was welcome – a total of £607m over the next four years – it is essential that we now see this make a tangible difference to the frontline care experienced by people affected by cancer.

If it is to fulfil its commitment to the strategy, Department of Health must ensure additional investment is channelled into the improvement of cancer services, not simply absorbed into plugging NHS deficits.

Other significant barriers identified by our GPs and local NHS leaders included the problem of unclear responsibilities at a local and regional level.

Lines of accountability are now even more tangled and opaque than they were following the 2012 NHS reforms, with no single body having overall responsibility for cancer pathways.

In addition to 2012’s statutory changes, cancer services are now governed by an additional layer of non-statutory structures and offshoots of the Five Year Forward View.

Meanwhile we see mixed signals from the NHS and the government about what they are aiming to do in the prevention and public health spheres, as encouraging rhetoric is matched with slashed budgets.

Cancer Alliances, created late last year, have the potential to overcome some of these problems. These groups of local cancer service leaders are tasked with implementing the taskforce’s report in their area, and providing the capacity to manage improvement programmes.

In short, Alliances should act as the ‘improvement architecture’ that is currently lacking for cancer. But to do so, they will need to be given the right remit, resources and guidance. NHS England should clarify how Alliances will fit with sustainability and transformation footprints, giving them the authority and clarity to meet the expectations being placed on them.

National bodies, such as the Department of Health, NHS England and Health Education England, will also need to take more responsibility for addressing several big, intractable problems with roots that reach beyond cancer.

People affected by cancer need new and different services, not only to bring new technologies to the frontline, but to support people to live as well as possible after treatment.

Chief among these is the need for a strategic workforce review, as recommended in the taskforce’s report. Changing and growing demand will require the NHS to change and grow its cancer workforce, and re-evaluate the skill mix required to deliver the best care.

But more than 18 months after the publication of the cancer strategy, progress towards addressing strategic workforce problems has been slow. We will need to do better in 2017.

Macmillan is well aware that these issues are not unique to cancer. They speak to the wider challenge of implementing the Five Year Forward View, and difficulties in improving cancer care are likely to be indicative of difficulties in achieving the NHS’s broader strategic objectives.

But if the NHS could get it right for cancer – and the estimated 2.4 million people in England who by 2020 will have had a cancer diagnosis at some point in their lives – there would be hope of doing so for other clinical priorities too.

Duleep Allirajah is head of policy at Macmillan Cancer Support